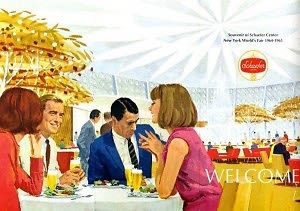 With it's record high viewings, it is obvious Mad Men fever is in the air. If you really want to tap into the Mad Men mentality, you can by checking out all of the character's interactive Twitter accounts.

In addition to hearing their point of view, you can ask the Mad Men and Women, their lovers, and their children questions. Literally all of the characters of the show, whether in one or every episode,tweet at their fans and each other. 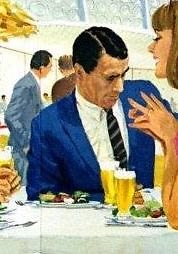 We're not sure who exactly writes these, but they're pretty devoted fans, and often interesting. For example, Midge Daniels uploaded an actual ad from 1964 with a guy in it who looks so much like Don Draper it sort of frightens us. (Or maybe a Mad Men devotee handy with a paintbrush did it? Seems weird that the guy in the ad wouldn't be engaged in conversation with the other people...)

It's uncanny, though, isn't it?

Anyway. Back to the tweets. Here are some of our favorites:

Here are some of their best tweets:

@ PeggyOlson Sometimes I wish I hadn't started smoking. Ma hates it. But with Lucky Strike as our biggest client, I had to.- - - -

@ sally_draper You're so dumb @Robert_Draper you think first base is only baseball :P- - -