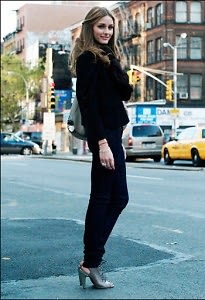 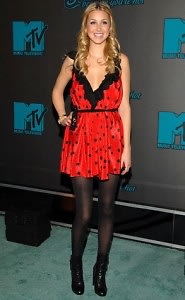 The answer is no. (But did you like my Brangelina-fication of "Whitney" and "Olivia"?)  I will be the first to admit that I was excited to watch this show.  I know Olivia in real life, as do all of my friends and, well, who wouldn't be excited to see someone they knew on a scripted reality tv show on MTV?  So, even though we are miles and miles away on a different island (read all about my adventures HERE on my tumblr), we sat through the full episodes via MTV.com last night.

At GofG we try to accentuate the positive in things.  So I will start by saying that Olivia Palermo looked beautiful on screen, as she always has in real life.  That may be the most I can muster. Without the "Sex and" in the title, it made for a pretty boring show.  They paint Olivia Palermo off to be the uptown socialite bitch (even though she lives in Tribeca and is actually pretty nice).  In case you have no idea who this "socialite" is (who btw was coincidentally repped by People's Revolution, yes that's right there are several girls in NYC that have publicists just because), check out all of our previous coverage of her below.

On to the show, and the 411 on who was seated at Olivia's dinner party:

Showing seconds of a girl swinging her hips at TenJune is hardly "Sexy" but that's the closest thing the show got to winning us over with sex.  Even our fair city plays a small supporting role in the show.  Sure you see signs from familiar places like Nero, Phillipe, Cafe Noir and Extra Virgin, but most of the screen time is on the faces of Whitvia.  Sex and the City, was an undoubtedly phony version of NYC, but this reality show is even more of a poser.

I have only had time to read one review, Richard's from Gawker.  And, I hate to admit that he was pretty on point with his review:

"For all the glitter and glitz and faux-chic New Yorkiness of it, these girls have been reduced to simple syrups. They're just common reality television stars now. Dumb tourist distractions if anything. They're new Times Square. They're pedicabs. They're even less original than that.

Hell. They're the Olive Garden."

Ouch.  It was pretty bad.

"Maybe this show is so bad that it will be good"  I exclaimed to myself.  I mean let's face it, this is our realm, I'm going to have to watch it, I mean we personally knew almost everyone at Olivia's dinner party:

Nevan Donahue: Claim to fame on show: Olivia's cousin.  Claim to fame in real life: Nevan dated our favorite bachelorette, Jules Kirby.  Rumor has it he was the reason she left town last year.  He usually spends his winters in Palm Beach and graduated from the University of Miami. [Jules Kirby, NYC's #1 Bachelorette is Single!]

Jack Bryan: Claim to fame on show: Anna Wintour's son.  Claim to fame in real life: Anna Wintour's step son and George Gurley's brother.  Jack was the one sitting right next to Whitney during the dinner.  He used to be a writer at Quest magazine and did his first feature on our GofG barbeque this last September. [Daily Style Phile: Jack Bryan's Style Working With The Ladies]

Kipton Cronkite: Claim to fame on show: doesn't get introduced.  Claim to fame in real life: KiptonART sponsors rising talents like Alexandra Hilfiger and throws great parties to help support his company.  He is an all around good guy, loved by all.  We have never once heard one negative comment said about Kipton.  My guess is he was too nice to turn down Olivia's pleading to be on the show. [Daily Style Phile: Kipton Cronkite]

That being said, Olivia herself isn't that bad in real life.  If fame is what she has been striving for all of these years, can anyone argue that she has become successful?  The price of that fame is yet to be seen, as is her boyfriend Johannes Huebl. [Olivia Trades Up]

This show may be the next Olive Garden, but I do enjoy their breadsticks every so often.

The real "bread and garlic" of the show, at least for us, will not be coming from Whitney and her circle of friends and supposed lovers donning hats stolen from the Maître d' at Kingswood, but from the cameos made by some of our own favorite guests.