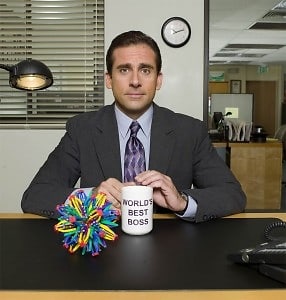 Steve Carell will give himself the pink slip when he leaves The Office after its next season. Michael Scott, the bumbling Dunder Mifflin regional manager Carell has deadpanned since 2005, will head to that fluorescent lit corner office in the sky. Will Carell fare better or worse than his feckless character?

Carell joins a long list of TV stars who left the series that made their names for the greener (in more ways than one) pastures of the movies. Problem is, the list is far from uniformly illustrious. Carell is an exception in that he's already got a proven track record at the box office (The 40-Year-Old Virgin, Little Miss Sunshine, Date Night).

But it's worth looking at some stars who have found themselves in Carell's shoes, shoes that one or two of them could probably no longer afford: 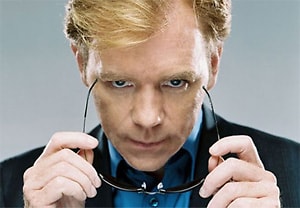 America let out a collective "whaaaaaaaa?" when rising ginger star Caruso left NYPD Blue after just one season and change on the ratings juggernaut. Fresh off rave reviews and a Golden Globe award and well on his way to becoming a household name following years of Hollywood obscurity, Caruso unwisely decided to try his hand at leading man-dom. The risk payed famously weak dividends (see: Jade. Better yet, don't) despite the bright exception of terrifying indie horror movie Session 9 in 2001. Still, Caruso made an unlikely and kitschy comeback on the inexplicably popular CSI: Miami in 2002. Pity he had to share top billing with his trademark black shades.

Regrets, they made him very blue.

Smits lasted 91 episodes on Steven Bochco's '90s cop show sensation before his Bobby Simone succumbed to an enlarged heart during a powerful sixth season sendoff. He's thrived since his departure, appearing on The West Wing and Dexter and in two of the Star Wars prequels as Senator Bail Organa, which was not the name of a Beltway locavore emporium. Smits even made a supernatural return to NYPD Blue in 2004 as his beloved character came back as a benevolent ghost. Some might see that kind of reprisal as a desperate regression, but Smits' post-Blue resume suggests otherwise.

Regrets? Not me! You?

The most lasting impact of Clooney's ER stint was inflicting "the Caesar" haircut on untold millions of American men who, shockingly, could not pull it off quite like George. Since then he's been, well, George Clooney. Plus, he saved Haiti.

Regrets? Regrets? I'm laughing all the way from my yacht in Lake Como.

David Duchovny as Agent Fox Mulder on The X-Files (1993-2002, intermittently) 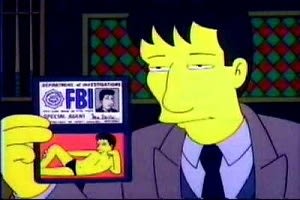 On the one hand, The O.C. had jumped the shark before Marissa Cooper's SUV jumped a curb and, in summer blockbuster movie fashion, promptly went up in flames during the show's third season finale. (O.C. and Gossip Girl producer Josh Schwartz's impressive avoidance of sophomore slumps is undermined by his series' tendencies to flatline in season three.) Barton has struggled ever since her 2006 dismissal from the sun-kissed soap, with a string of DOA movies, a role on the embarrassingly short-lived--two episodes--The Beautiful Life and multiple bouts with "exhaustion."