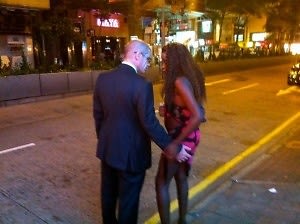 Remember when you could go to a foreign country and pick up a prostitute in peace, without having the picture wind up on the internet? Damn you, Facebook!-

Justin Ross Lee (are you so shocked that he figures into this story somehow?), the self-proclaimed "Jew Jetter" who has made it his mission to travel the world in order to document such important anthropological findings as "Traveling in First Class", and "Misogyny In New Yorkers Abroad."

On a recent trip to Hong Kong, he snapped this picture of a man in Hong Kong, which he captioned "Art of the prostitute pickup".

It's perhaps not that surprising, then, that out of his 4,985 friends (just 15 away from the Facebook max!), someone should recognize the man in the picture, thereby outing him. 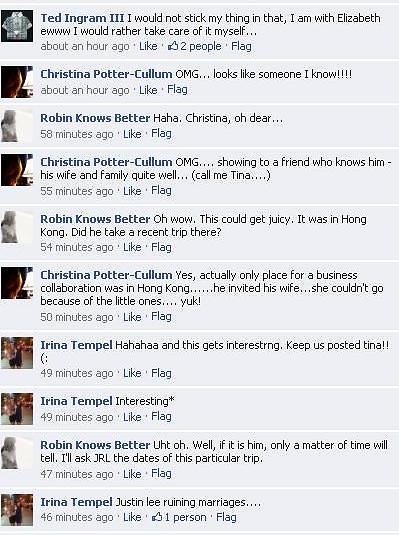 Don't accuse Justin of any prostitute dealings, though. He was far too busy drinking by himself in random empty rooms to have time for that...