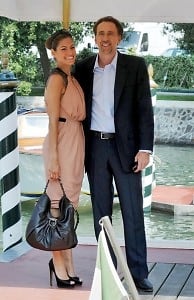 The main difference between the Venice Film Festival and, say, Cannes or Sundance? Instead of arriving by limousine, celebrities arrive to their premieres in Gondolas. Besides that, it's just another star-studded film festival with killer fashion and insane parties every night. Eva Mendes, Nicholas Cage (look at the picture at left: don't they look so bummed to be there?) and Viggo Moretensen are just a few of the celebrities forced to spend a week of their life promoting movies in one of the most beautiful cities on earth. Salman Rushdie took some time out of his busy schedule of being one of the most famous writers in the world to attend the premiere of "Francesca", along with a date. 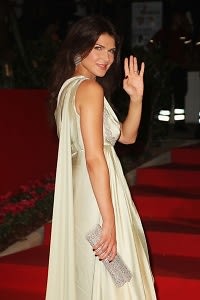 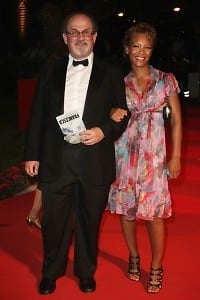 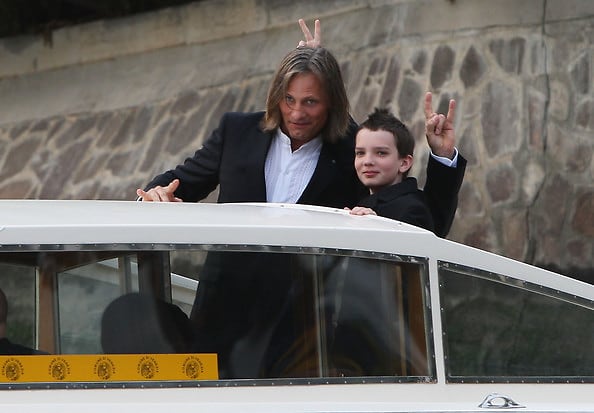 Viggo Mortensen Kodi Smit Mcphee, on their way to the premiere of The Road. This photo, by the way, could be titled "Men: An Evolution In Hand Gestures". Kodi, who must be, what, ten? Goes for Bunny Ears, while Viggo opts for the ever-so-slightly more grown up "Rock On" gesture. 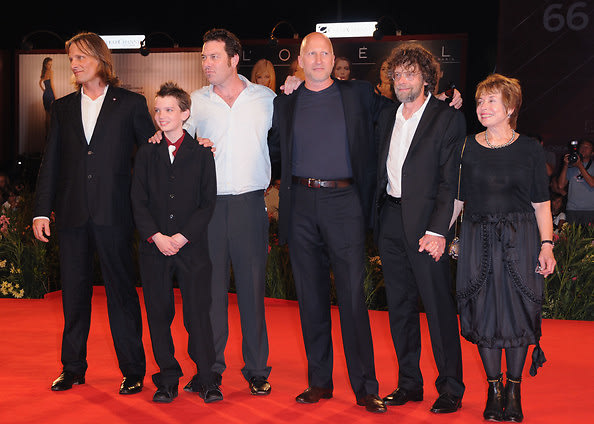 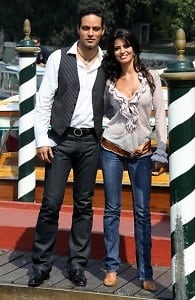 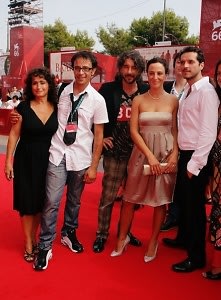 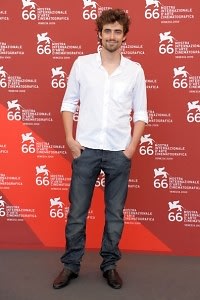 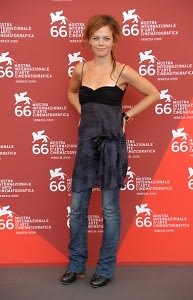 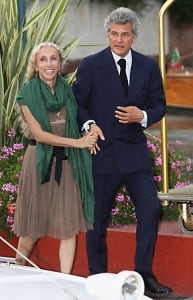 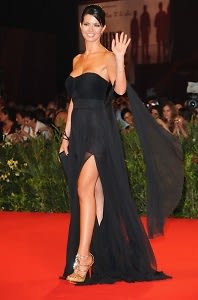 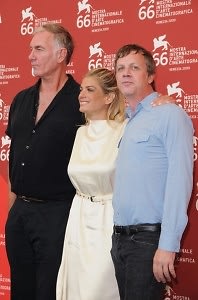