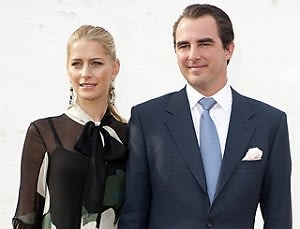 Like most American kids who grew up starved of a royal family of our very own, we can get pretty obsessed with the blue bloods of Europe and their glamorous, party-hopping lifestyles. Last June, Princess Victoria of Sweden married her prince personal trainer in Stockholm. Now, the royal families are all in Greece for another wedding...- 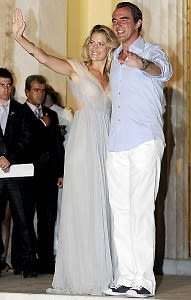 Not up on your Greek Monarchy? Don't worry. It's raining and it's August, perfect time to brush up!

The Groom: Prince Nikolaos of Greece and Denmark

Ok, so, he's not technically a Prince, because the Greek monarchy was officially abolished in 1974, but Nikolaos, who was born in Rome in '69, retains the title. His dad is the (ex) King of Greece, and his mom is younger sister of the Queen of Denmark.

Nikolaos graduated from Brown with a degree in International Relations, and now works in his father's private office.

Among the prince's exes are Elle Macpherson and Gwyneth Paltrow...

Tatiana is 29 years old, and was born in Venezuela. She has a degree in sociology from Georgetown, and studied public relations in Switzerland.

She currently works as an event planner for Diane von Furstenburg. She met the Prince in London, where they both live.

The Wedding: The wedding will take place today (August 25), on the island of Spetses. Last night, guests attended a pre-wedding Gala at the Poseidonion Hotel, where most of the royal guests, and the bride's family are staying.  The wedding itself will take place in the monastery of Ayios--Tatiana will be arriving by horse-drawn carriage, and Prince Nikolaos, by boat.

The Guest List: Seeing as the family isn't technically still Royal (formalities!), the guest list is a little smaller than the wedding of Princess Victoria in June--there's no diplomatic reason for royals who aren't close friends with the family to attend. Thus there seem to be no representatives from the British or Jordanian royal families. Still, Prince Nikolaos does have a fair bit of clout, and the guest list includes the Queen of Spain and her family, the Crown Princess of Sweden, and the Royal Family of Denmark. Eugenie and Stavros Niarchos are also expected to attend. 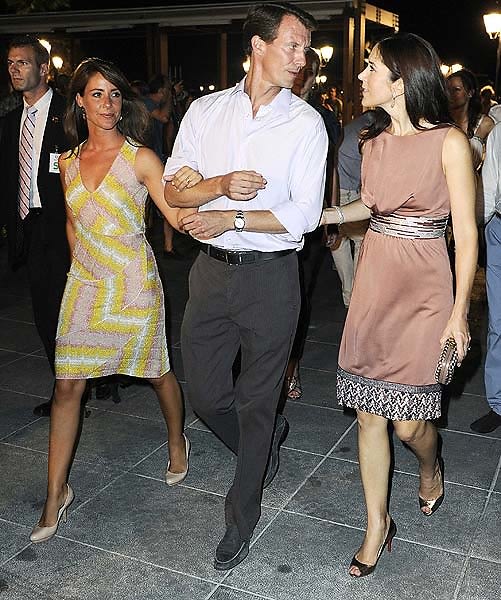 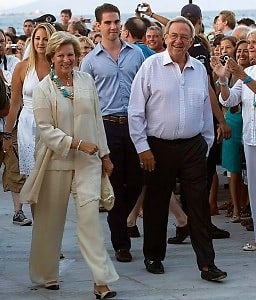 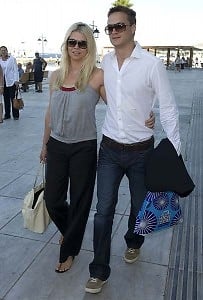 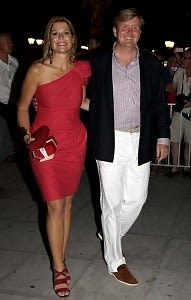 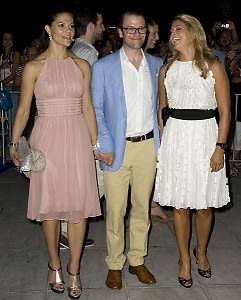 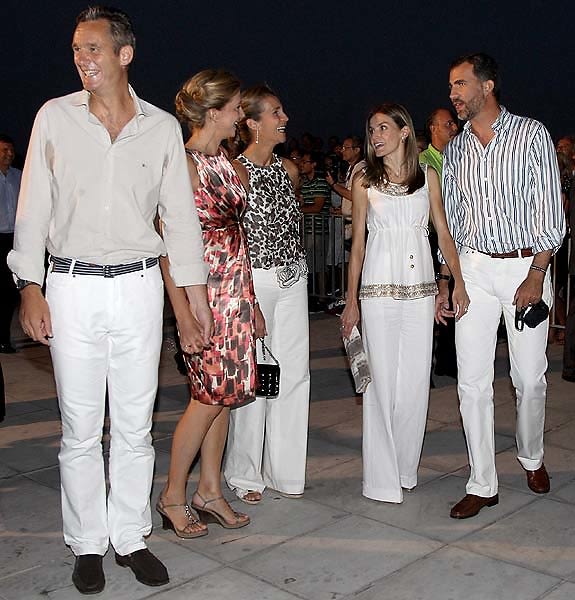 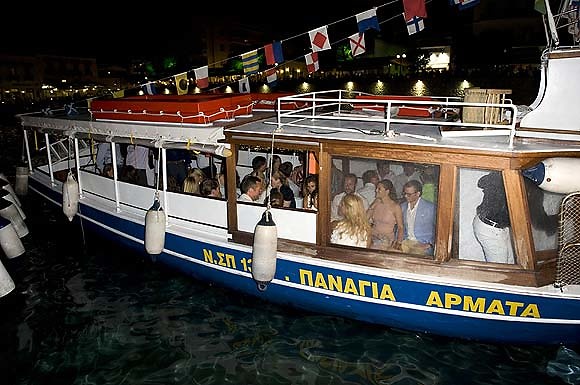 A boat full of Royals.

[All images via Hello! Magazine]