TGIF. I'm almost out of here for weekend in Montauk, but before I go: what I'm watching (or not watching) on TV, why my friends are all brilliant (they drink!), the "Wealth Hormone," some NYC marathon tips and much MUCH more. Check out what I have my eye on today....

1. I know that the Jersey Shore season finale was last night. And, even though a record number of people apparently tuned in, no one in this office gave a damn (including me). Jersey Shore was hip, even, dare I say it - a high brow activity back in the beginning when Mr. John Munson was doing recaps and we were live tweeting the event, affording the same care we gave to covering, say, the MET gala. Now it's totally gone mass and this high-brow activity of deconstructing these low-brow characters turns out to really just be low-brow after all. [Gawker.tv] [The Jersey Shore Top Ten Catchphrases]

2. Okay its rare that I find Ricky Van Veen to actually be funny, but this College Humor video that I found via his Tumblr, of Charlie Rose talking to his son (who is played by Jake Hurwitz of "Jake and Amir" fame and more recently know for being the arm candy to Anna Wintour's daughter Bee Shaffer- who is also Ricky's assistant at College Humor where she met Jake- the company that Ricky started with Josh Abramson which is now owned by Bee's mom's pal Barry Diller- phew!) ANYWAY. I love Charlie Rose and I actually thought this video was really funny.

[Bee Shaffer Gets a Real Job-kindof] (P.S. Jo-O-Oking Ricky, you're pretty funny, not like HYSTERICALLY funny, but, you know, pretty funny.)

3. The name "Gemma" was the name of a "decidedly anti-patriarchal magazine in the '70s dedicated to lesbians with disabilities." It's also the name of these reusable menstrual pads on etsy, as well as the popular restaurant at the Bowery Hotel. As for the latter, I can assure you the owners had no knowledge of these other usages. Gemma the restaurant was named after Marco Brambilla's mother, Gemma. [Katie Baker and Ms. Blog]

4. Intelligent People Drink More. One of the findings from a study done by a research company I have never heard of (doesn't mean a thing!) found that more intelligent children grew up to drink alcohol more frequently and in greater quantities than less intelligent children. I for one am happy to report that I am continually surrounding myself in the company of geniuses! Nice. [Discovery]

5. J.Lo and her twins are the new stars of Gucci's new children's ad campaign. It's really sophisticated. So much so that the children were photo-shopped into the pictures. (Okay this is just speculations but there is NO way she is actually holding that child on the right - look at her arm!) 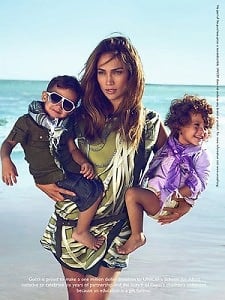 Anyway, the rest of the photos are up here: [People]

6. Three of the biggest U.S. television broadcasters have blocked their shows from Google Inc's new Web TV service. The company's customer service reps must be having a hell of day today answering the, no doubt, millions of disgruntled purchasers of the TVs that hit the market early this month when they found out today that they won't be getting Disney (ABC and ESPN), NBC and Fox on their new boob tubes. [Yahoo] Can't we all just get along?

7. Marisol Valles, a 20 year old female criminology student has been named police chief of a Mexican border town plagued by drug violence because no one else wanted the job. [News.au] And the jokes practically write themselves. [Young Manhattanite]

8. This Onion News Video of missing Ohio State Kappa Alpha Theta Sorority sister Jessica Haggan is pretty great. "Jessica was last seen wearing a tank top, UGG boots and blue Victoria Secret's pajama pants with the word PINK written across the back. Authorities received over 13,000 tips all of which have only lead police to students matching that exact description." Thousands Of Girls Match Description Of Missing Sorority Sister

9. New York Marathon Tips. Here's a great mile-by-mile guide. And Caroline McCarthy's take on the rules (she's running this year): "So basically the tips are to take your time leaving Staten Island, fist-pump frequently, and soak in all the crowds cheering for you. Running the New York Marathon: It's just like getting cast in 'Jersey Shore." [Caroline McCarthy]

10. President Barack Obama waits in the Green Room before being introduced at the White House Summit on Community Colleges on Oct. 5th. Did I mention before how cool I think it is that our White House has a photo stream on Flickr and a Tumblr?! [inothernews] 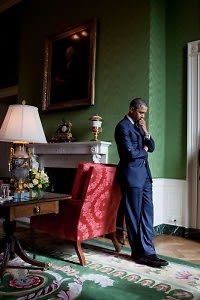 11. Speaking of Tumblr, it really is having its moment. "Tumblr is positioned to be the antithesis of Twitter and Facebook because it's a platform for the cross-section of the open digital generation, one that believes in watching and exhibiting. And cats." [Mediaite]

12. And, speaking of politics, check out this article about the power of the Presidential Speech. The left insists that Obama did not defend his policies enough in these last 18 months. But how much can a speech do? Former Clinton speechwriter Ted Widmer tells all: [Politico] 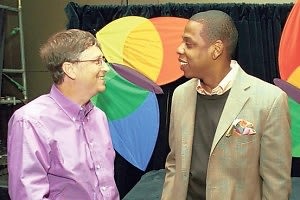 13. Jay-Z drinks strawberry milkshakes, confers with the President, and vacations in St. Tropez all on behalf of "the culture" (hip-hop). He also has ownership stake in the New Jersey Nets, the 40/40 Club, and the Spotted Pig, along with Rocawear clothing and a beauty line. His first book, "Decoded" is coming out on Nov. 16th. Go read more on the State of Jay-Z's Empire. [WSJ]

The good news: If you're rich, you're going to have a better life (duh!), but, chances are, you're also going to live longer because you're endowed with the "Wealth Hormone" [WSJ]

The Bad News: If you're rich, you won't have any free time to play around on Facebook. [WSJ]

14. I'll leave you with this traveling pop-up restaurant in Berlin. The "Pale blue door" by Tony Hornecker is made out of scraps and holds 45 people. "It's popular with open-minded diners." Which is good considering "Drag queens provide suitably surreal entertainment, singing to the customers as they negotiate the labyrinthine set and climb ladders in steep stilettos."

Billy, ready to go back to Berlin on special assignment? [MFDP] 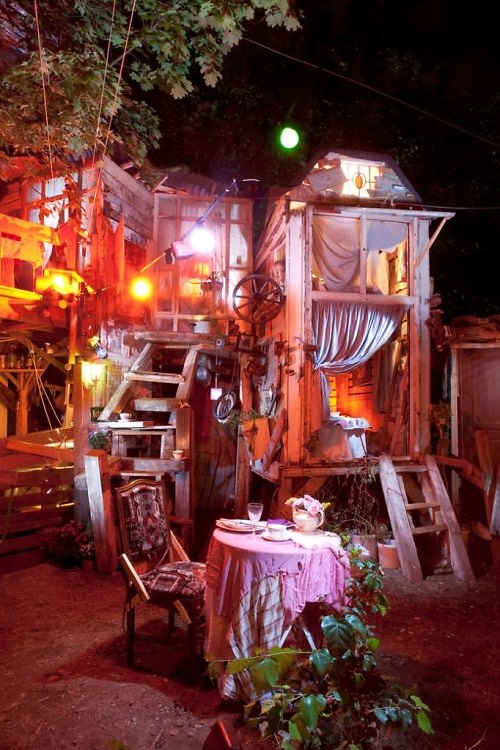 [More photos of this pop up restaurant HERE]

Well, that's all for me today. Do you have something that should be in Monday's list? Don't be shy! Email me: Rachelle@guestofaguest.com