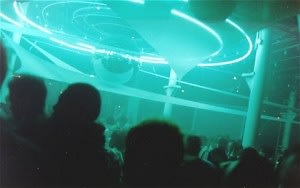 Americans know Europeans are cooler and more sophisticated than them. They smoke. They sunbathe nude. They scarf down Nutella for breakfast but stay thin (because they smoke). But one Euro habit that Yanks and New Yorkers scoff at rather than emulate is clubbing. Will Sankeys and District 36, two "club clubs" coming to NYC this fall, change that? -

Of course, nightclubs never really went away in New York. But if it didn't die, the DJ- and dance-centric club went into a deep coma around the time boutique bottle service utility closet Bungalow 8 opened across the street from the debauched, sprawling and soon to be defunct Twilo, left, in 2001.

Meanwhile, the scene has flourished all over Europe, from Manchester to Ibiza to Berlin to Mykonos. We'll see if Sankeys (courtesy of Manchester) and District 36 can restore some of NYC's after dark luster. But for now, let's discuss why it faded in the first place:

Bars stay open until 4am: Europeans are used to a rather ironclad progression of venues throughout the night. Take London, for example. Despite a recent easing of the law that let the city's storied pubs stay open past 11pm, it's still customary for Londoners to start off the night with a few pints at a local tavern, then move on to a plain old American-style bar or lounge, then finish off the night (or early morning) at a megaclub like Fabric or, as Chiara discovered, Shunt. Of course, plenty of New Yorkers follow a similar path, but the fact that drinking hours are not as staggered in NYC as abroad makes dance clubs a less logical or predetermined final destination.

Music: Let's be honest--New York and most major American cities do a broader range of musical genres better than most European capitals. London may falsely claim to be the birthplace of punk, but could you ever take a British hip hop artist seriously? (The Streets don't count.) Berlin may be the current world capital of techno, but it owes a huge debt (which, to be fair, its biggest DJs acknowledge) to Detroit, the cradle of the genre. But where Detroit can also claim Motown, Iggy Pop and Eminem, Germans pledge allegiance to unlistenable death metal and David Hasselhoff when they step off the dance floor. Paris is crazy for jazz, but its contemporary music output is mostly limited to cutesy dream pop. New Yorkers are spoiled when it comes to live music, and don't have to seek refuge in wordless, geographically nondescript house and techno to escape American cultural imperialism. Even if those genres were born in Chicago and Detroit. 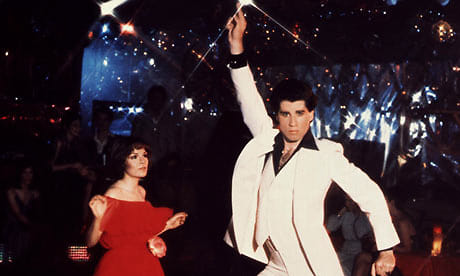 Real Estate: The most convincing reason for the nightclub's recent struggle in NYC, since Studio 54, Area, The World, Limelight, Twilo and others thrived while dealing with the issues above: New York is expensive. Running a huge nightclub just about anywhere in the city costs an arm and a leg. "Intimate" subterranean lounges and postage stamp-sized rooftop bars save management dough. If only New Yorkers realized that letting loose in democratic large-scale clubs, with their cheap-ish drinks and pleasantly distracting party vibe, could save them some of their own.