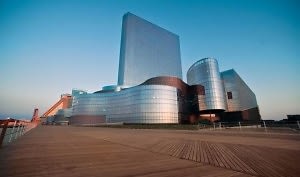 Earlier this week, EMM Group announced their new partnership with Angel Management Group to open a new nightclub and entertainment venue at the popular Revel resort and casino in Atlantic City. EMM Group is the mogul behind some of NYC's hottest spot such as SL, Abe& Arthurs and Catch and the groups founders were even named "The New Kings of New York Nightlife" by Forbes Magazine.

[Revel Hotel and Casino, photo via]

"The secret is out! EMM Group has partnered with Angel Management Group to run the nightlife at Revel Resort."

One of the EMM owners, Eugene Remm, commented in an article in the NY Post about the collaboration:

Angel Management Group was the perfect choice to pair with because they practically run Las Vegas nightlife, operating 15 properties. The group is excited about this endeavor and there is even talk about expanding overseas. Angel's most popular spots include Caesars Palace's Pure, as well as MGM Grand's Wet Republic.

Details are beginning to emerge, and so far we know that there will be the HQ Nightclub in Revel which will be four floors tall and 40,000 sq ft. It's perfect for the nights to let loose, but for the more relaxed vacationers in Atlantic City, they plan on opening the HQ Beach Club which is a beachfront space right on the boardwalk. Grammy Award winner Roger Sanchez will also be the resident DJ. Atlantic City with a taste of NYC and Las Vegas? Sounds good to us. 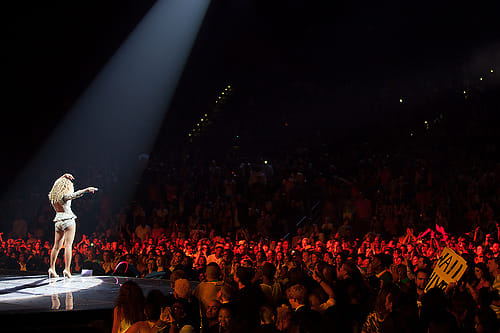 [Beyonce performing at Revel, photo via]