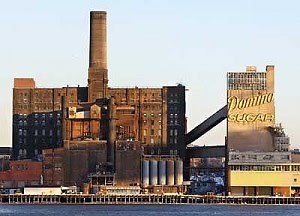 Plans to build 2,200 new apartments in the old Domino Sugar factory in Williamsburg have hit a snag. I have a modest alternative proposal: make it a club. "Less Artists, More Condos" could move its party right in. And the sugar plant is not the only NYC location that could become the next nightlife icon. 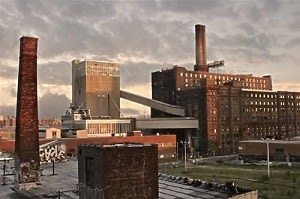 The Domino Sugar Refinery: It doesn't get much more post-industrial than this. The space is huge enough to host several mini-venues: one massive dance floor, a couple of more intimate live performance venues, maybe an art gallery. Hell, there could be an entire warren of themed VIP rooms, those relics of the '90s megaclub scene that were so delightfully cheesy and eradicated by bottle service that turned whole clubs into VIP rooms. They're due for a comeback, right? And talk about an ideal location. In Williamsburg but away from its annoying Bedford and North 7th epicenter and practically within spitting distance from downtown Manhattan. Also, the neighborhood is relatively low on residential units (for now), so fewer uptight prig neighbors to worry about. This could be New York's Berghain. 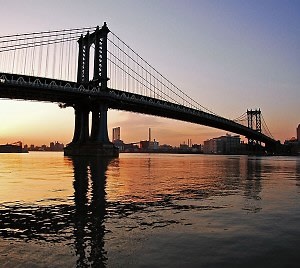 Inside the Manhattan Bridge: This would be tricky and I'm not sure if the bridge's (just turned 100-year old!) interior has enough hollow space to house a club. But Chiara went to Shunt, a London venue within London Bridge, and raved about it. It would be nice to see the inspired idea brought across the pond and just above the East River. The Manhattan Bridge is kind of the black sheep of NYC bridges (the Brooklyn Bridge just refuses to give up its well-deserved spotlight), so this could put it on the maps of people other than Fung Wah bus drivers. 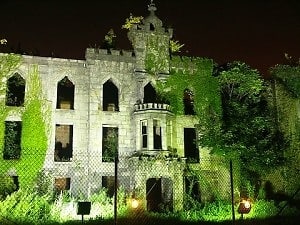 The Remnants of the Roosevelt Island Smallpox Hospital: There's nothing like a whiff of danger and decay to enhance your clubbing experience! Sure, the Renwick lies in ruins and that is its appeal. But a slight nip and tuck could conceivably have it meeting health department codes (OK, probably not). Getting there would be half the fun, sitting as it does in the middle of the East River. I'm imagining a crew of dingy captains ferrying patrons from a landing dock off the FDR. It would be a nice twist if the grounds once intended for good medicine became a place where people could mistreat themselves for a night.