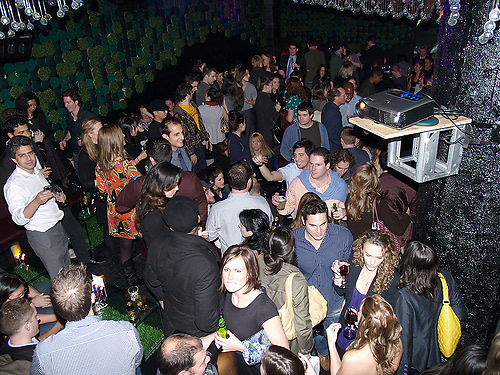 Go HERE for more photos from this event and TAG YOURSELF and your friends!!!

Last night, I braved to the cold to head out for Thrillist's 3-year anniversary at Greenhouse, the new eco-friendly club by Jon B's team. Thanks to Flavie Bagnol for whisking me out of the bone-chilling night into the pre-party in the downstairs space.  Upon entrance, I was handed my "door prize," a seemingly innocuous business card for Thrillist - but wait! what's on the other side? A pithy phrase (pic at bottom) seemingly to put us back in our places if we were feeling too cool for being admitted, reminiscent of the slave following the victorious Caesar, whispering, "hominem te memento." (See photo of card below). The crowd I shouldered my way through, was made easier to take by pizza from Lassonyc and of course booze from party sponsors Dos Equis, Jose Cuervo, and uncorked.com (I had a bit of each), and the random arrival of my brother Nick, who was "just in the neighborhood".

More story and photos (by JIMI CELESTE for PMc) below:

Go HERE for more pics from the party by Nick McGlynn.

When you have the devoted readership that Thrillist does (and frankly, one of the only parties going last night), it got pretty packed, elbow-to-elbow.  Luckily, just as it seemed not one more Thrillist-ist could fit, we were released, with a mad dash to the upstairs.

With a little more room to move, the Brothers Confessore worked the room, catching up with one of our hosts, Ben Lerer, as well as Brittany Mendenhall, Melisa Lafsky, John Carney, Nick McGlynn, Caroline McCarthy, and Rachel Sterne.  We were treated to a roving band of performers; Mark Mitton doing close-up magic, Serpentina the snake lady; and the antics of a stiltwalker, who I think was dressed as the lobster from The Little Mermaid (believe me, you think it's hard to walk on those in down a parade route? Try moving around a packed club).  Those who were still waiting outside did not go without - a funky mariachi band was dispatched to entertain the line, and get everybody ready for the party inside.

All night, I had been hearing about "the Chocolate Man" but had not glimpsed this august personage, or

figured out who or what he was.  Suddenly, the club personnel were clearing a path, making way for some VIP arrival - it was the Chocolate Man!  The Chocolate Man, it turns out, is the guy from the AXE commercials- a guy in a brown rubber suit flanked by Axe Girls (maybe some Cuervo girls too?) carrying in the birthday cake for Thrillist - in this case, the cake was 200 cupcakes from SweetRevenge. Grabbed a piece of cupcake, one last margarita, and then, cause some of us have to work, headed out for a bite with Nick and then home (at the end of a long day, I can't recommend enough, the Queso Fundido con Chorizo at La Palapa). 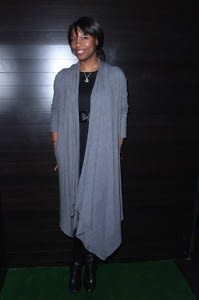 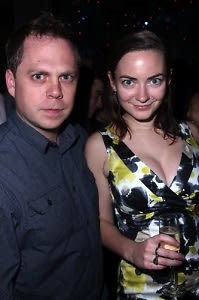 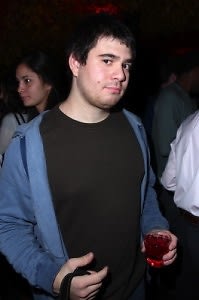 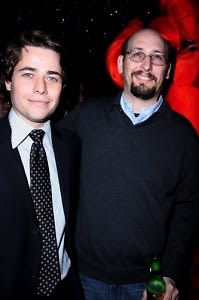 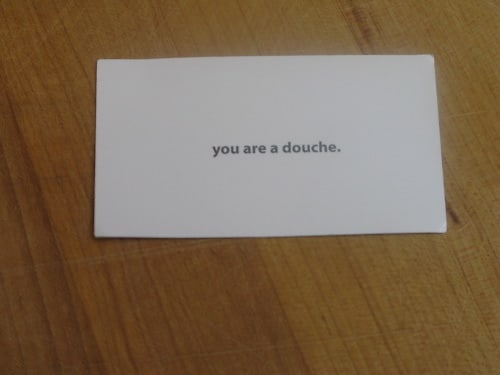 The Door Prize (I was told it wasn't personal)