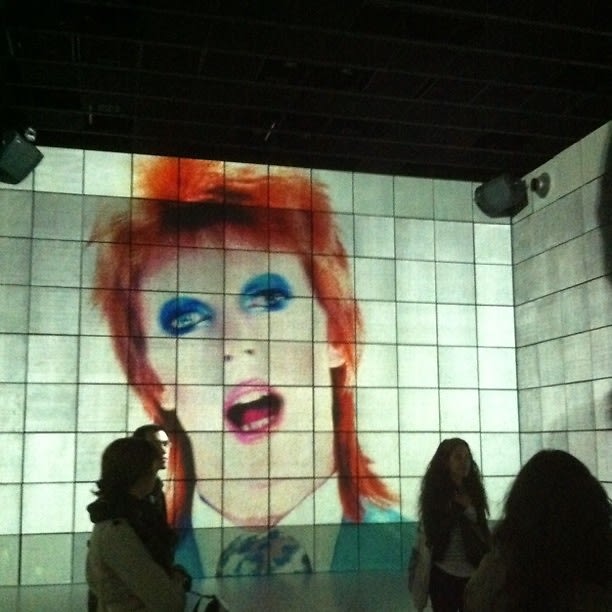 Starting on June 19th and through June 24th, The Creator's Project will be taking over Paris's CENTQUATRE and for one night, Le Grand Palais, to host a series of exhibitions that showcase art, technology, music, and film. Guests will no longer be audience members as The Creator's Project is bringing a completely new perspective to experiencing large events by making the audience interactive members of the week long series.

We wouldn't put it past Vice and their recent collaboration with Intel to have mentally perverse and exciting tricks up their sleeves. The Creator's Project is the collaborative effort between Intel and Vice to reach out to the global art community to promote young creatives through technology. Since its establishment in 2010, over 150 artists from around the globe have worked with The Creator's Project, including icons like Karen O, Florence and the Machine, Mark Ronson, and David Bowie.

The Creator's Project hosted its first event in Paris last year at the La Gaîté lyrique. This year, the annual Creator's Project event in Paris will kick off on June 19th with afternoon art panels, followed by DJ sets up Four Tet, Caribou, and Jamie xx at Nef du Grand Palais that will continue on into the AM. 1024 Architecture is doing the event design which, in the spirit of The Creator's Project mission, will have an interactive approach as the lighting installations will be programmed to react in real time to the music. Social Print Studio and Intel Labs have crafted a second installation for the kick off party which will feature #Creators Live, an interactive program that allows users to play with a real-time Instagram feed that will work off of their gestures.

Other event highlights Parisians and jet setters can expect throughout the week are the film premiers and screenings of Ed Banger and Quentin Dupieux's film, Wrong, as well as young film maker, Xavier Dolan's, latest film, Laurence Anyways, which received acclaim at this year's Cannes' Un Certain Regard. 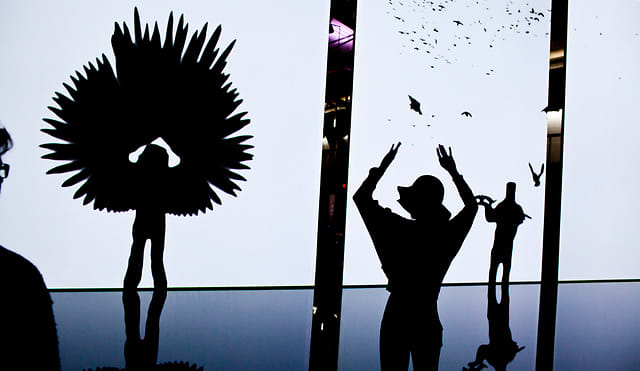 [The Treachery of Sanctuary via]

Film maker and installation artist, Chris Milk, will also be showcasing a new installation, "The Treachery of Sanctuary," which has been presented to audiences around the world. The piece is designed to have viewers lose themselves in the piece through the installation, which is a film experience powered by Kinect controllers and infrared sensors. These sensors mimic users' movements and, literally, bring them into the movie as birds, taking audiences through the experience of flight.

Check out the flyer below or click HERE for more info on the week long event: