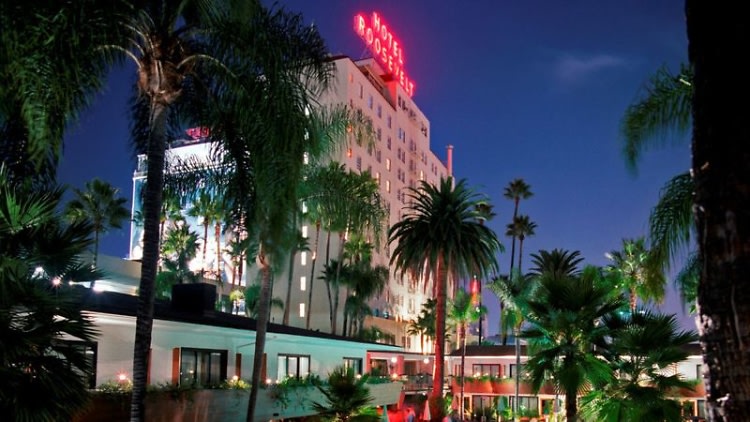 Despite a recent renovation, LA's Hollywood Hotel, which first opened its doors in 1927, still remains one of the spookiest hotels in the country. As the home of many historical events (the 1st Academy Awards in 1929 were held here, and Marilyn Monroe briefly lived here early on in her career), it's no surprise that there are some lingering ghosts. One tale recounts the story of a hotel maid, who claims to have seen the ghost of a blonde woman in a mirror in Monroe's former suite (#229); other guests have claimed to hear strange sounds, walk into cold spots, and find their items mysteriously moved or missing on the 9th floor. But the spot of most of the hotel's reported paranormal activity is the Blossom Ballroom, where people often claim to hear voices and see people dancing around as if at a party. Many have even claimed to see Marilyn Monroe herself swaying around on the dance floor. The Hollywood Hotel, 7000 Hollywood Boulevard, Los Angeles, CA [Photo via]
1 of 7