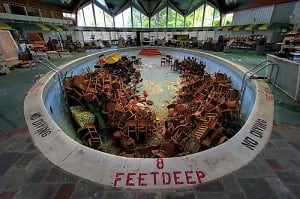 As you start to forget the summer that comes to an official close next week, it's worth remembering the once-grand Catskills resorts that were history years ago. Jonathan Haeber's gorgeous, sad shots of the region's faded glory are a good place to start.

The string of Catskills hotels, colloquially known as the Borscht Belt, was the summer escape for New York City Jews for decades before its long slide began in the 1960s. When many people here Borscht Belt today, they think of a brand of quick and easy humor that's gone out of style, and not the similarly anachronistic upstate resort towns that nurtured the genre and players like Woody Allen, Mel Brooks, Rodney Dangerfield, Don Rickles and Joan Rivers.

Cheap, easy travel enticed city dwellers to escape summer misery in more exotic and far-flung destinations. The Hamptons endured as a nearby getaway, but the Catskills joined Coney Island and Atlantic City on the list of forgotten places New Yorkers once went to forget. Even though reverse snobs have recently given upstate some cachet as the anti-Hamptons, Haeber's photos make the Catskills resorts look even more derelict than Coney or AC, which still pull in crowds despite having seen better days. 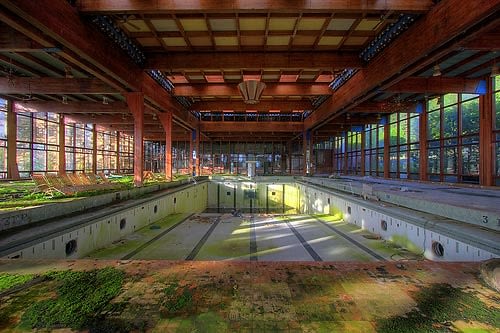 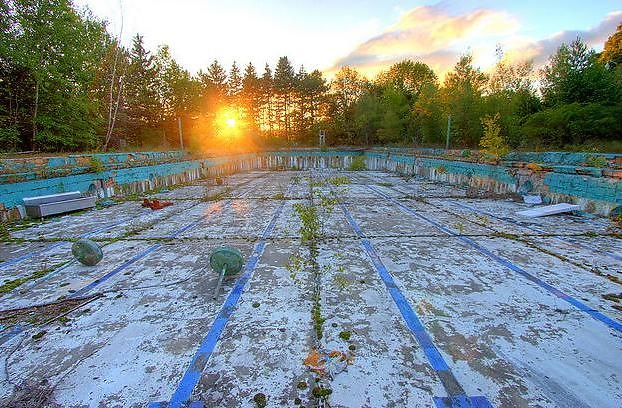 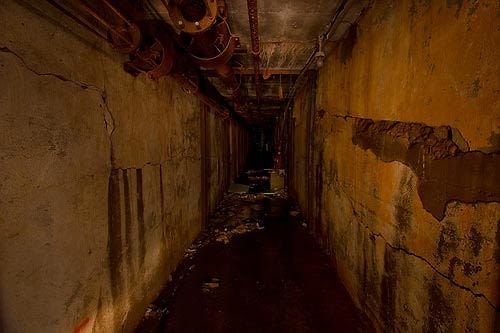 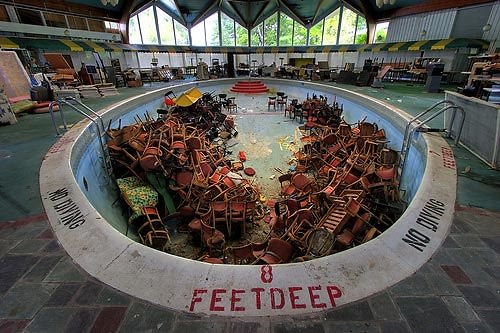 And, in happier times: 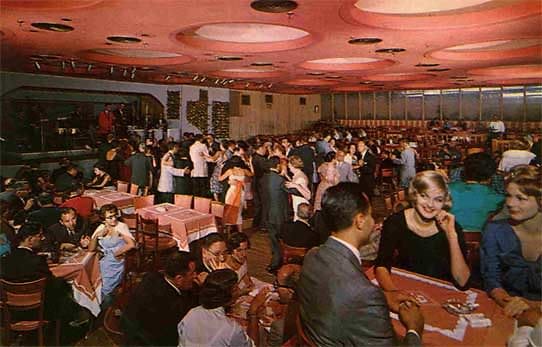 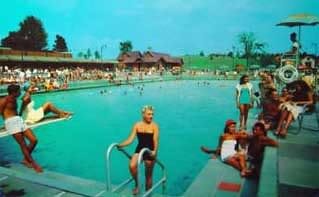 [All photos via Jonathan Haeber/Bearings]