Unless you were affected by the massive power outages all over the District, you know that Obama's health care reform act passed and it was all due to Nancy Pelosi's lucky shoes [Click] 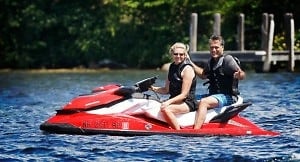 The question isn't who wears the pants in the Romney relationship. It's who drives the jet ski [Click]

Which First Lady Hopeful has the best cookies? [Yeas and Nays]

"Strip Club Queens", a reality show featuring DC strippers, will stop filming in August and Congressmen will be able to return to their favorite extracurricular [Yeas and Nays]