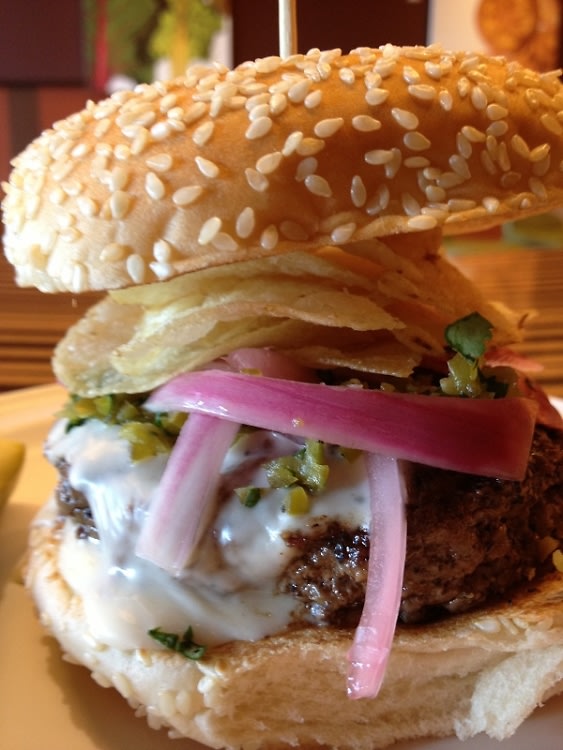 “My secret ingredient this year was the green chile,” says Bobby in a press release. “Receiving the “Amstel Light People’s Choice Award” is a great honor and I’m extremely happy with how well the Green Chile Cheeseburger came out.”

Bobby will be offering the Green Chile Cheeseburger this week as a special at all 13 of his Bobby’s Burger Palace (BBP) locations, from February 25 – March 3. The three locations in the DC area are on K Street at 2121 K Street NW; Maryland Live! Casino, and at the University of Maryland in College Park.

“My fans know I love burgers, so I’m excited to be able to share this special burger and moment with them,” says Bobby.

Bobby is set to open his 14th BBP on March 4 in Cincinnati with three more locations soon to come in Woodbridge, VA, Bethesda and Miami.