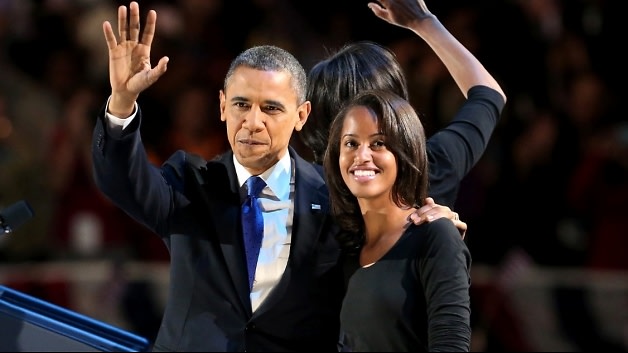 President Barack Obama made a stop in Decatur, Georgia yesterday, and after making a few Valentine's day jokes, he let it slip that his daughters have less time for him, and fill their weekend with "sleepovers and dates." Malia, who has grown up to become quite the 14-year-old beauty, had her first kiss ages ago, so we assume she is the one he's referring to. Oooh la la!

Although the Sidwell Friends freshman may be dating, she won't be Facebook official anytime soon, because the first daughters are not allowed to have accounts on there. Michelle Obama told iVillage, "I think they’re one of the first kids in the White House growing up where everybody’s got a cell phone and everybody’s watching...you may be having a moment but somebody could use that moment and try to define you forever."

Even if a suitor wants to date Malia, he will have to get through some red tape. Barack once joked to US Weekly, "I think that any young man who has got the guts to get through Secret Service deserves a hearing!" 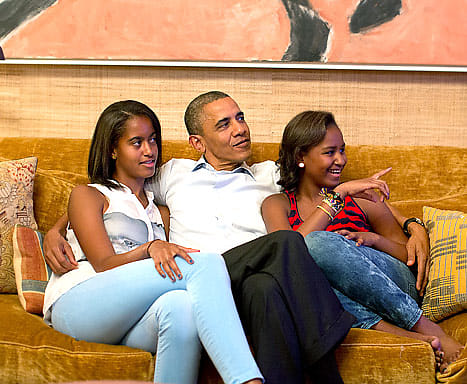 [Top photo via, bottom photo via the White House by Pete Souza]