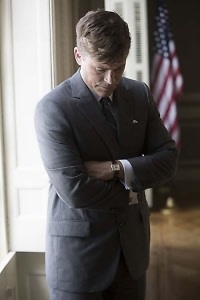 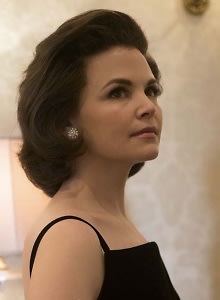 Here come the Kennedys! Filming has begun on the new Killing Kennedy film, a docu-drama chronicling the assassination of the John F. Kennedy starring Rob Lowe and Ginnifer Goodwin as the titular president and his wife.

Here are the first images of the first couple. Lowe is channeling Kennedy's presidential portrait while Goodwin seems to be the embodiment of composure. Look at that sadness in her eyes! She is killing it--yikes, poor choice of words....

The documentary will air on NatGeo in November. The film is based on Killing Kennedy: The End of Camelot by Bill O'Reilly and Martin Dugard. The film also stars Michelle Trachtenberg as Lee Harvey Oswald's wife.