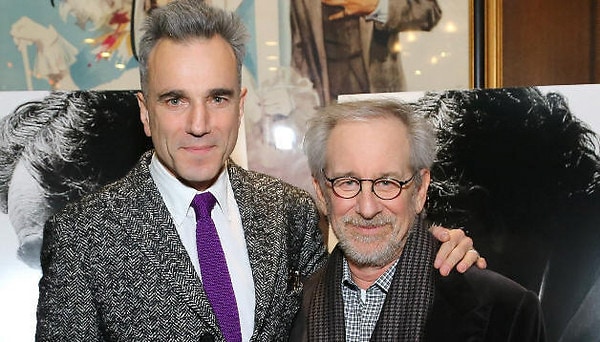 Last night, senators from the left and right came together at the Capitol Visitor's Center for an exclusive screening of Lincoln, Steven Spielberg's critically acclaimed film about the 16th President's final months in office. According to Examiner, the screening was organized at the suggestion of Senate Majority Leader Harry Reid (D-NV) for the goal of cultivating bipartisanship between Democrats and Republicans...but if Harry just wanted to see this movie with Daniel and Steven, we don't really blame him. 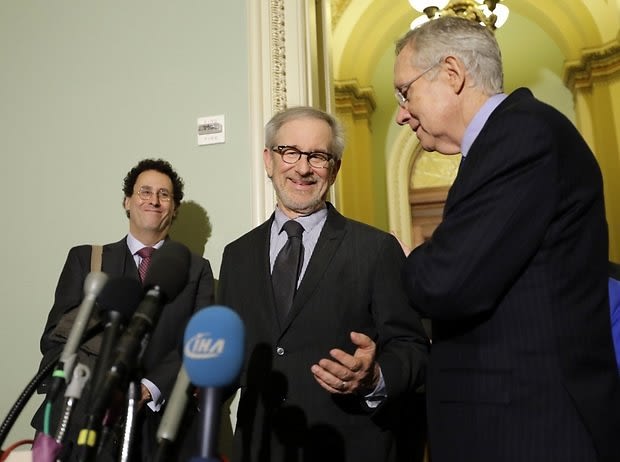 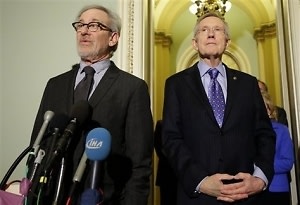