Do you know the fastest way to Georgetown Cupcake in rush hour traffic?  Have zero qualms about shucking edamame for some starlet's puggle?  If either of these fit your qualifications, consider yourself a contender for the DC Office of Motion Picture and Television Development's (MPTD) newly launched Production Assistant training program.

Announced earlier this month by the office of At-Large City Councilmember Kwame R. Brown, the MPTD "training seminar" is a one-day, entirely free affair centered around browbeating topics like "Your First Day" and "Production Paperwork."  Which is little funny...because the entire point of P.A.s is to get people with no training or experience to work for as little money as possible.

(We speak from experience. This former journalism student spent a month working on a David Blaine television special.  The boss spent a lot of time inside a glass bubble. I got really good at ordering sushi.  It was far from "magical.")

While this month's inaugural P.A. course has already reached max capacity at a mere 50 seats, MPTD's website does boast that "additional training seminars will be offered this fall." Check back with film.dc.gov for updates and,in the meantime, send all fawning missives about your "connections" and/or topless photos to film@dc.gov.

Who knows... You may just be the lucky subhuman who gets to spend a month turtle waxing Michael Bay's ego when Transformers 3 hits the city this September. 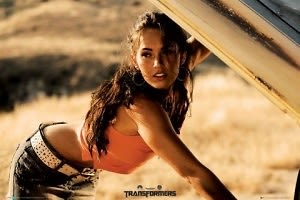 Megan Fox, who's no longer part of the Transformer's family, but is still part of the Fox family 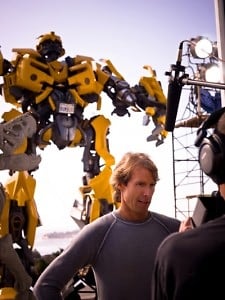