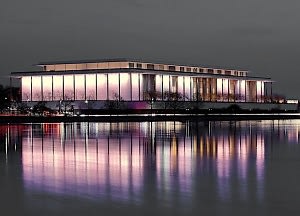 The Kennedy Center revealed the artists that will be receiving the 2012 Kennedy Center Honors, according to Click. This years recipients were announced in a statement made on Wednesday:

Recipients to be honored at the 35th annual national celebration of the arts are: bluesman Buddy Guy, actor and director Dustin Hoffman, comedian and television host David Letterman, ballerina Natalia Makarova, and rock band Led Zeppelin. While Led Zeppelin is being honored as a band, keyboardist/bassist John Paul Jones, guitarist Jimmy Page, and singer Robert Plant will each receive the Kennedy Center Honors.

Congrats, folks, and have fun! Any party with Led Zeppelin sounds like a killer time.