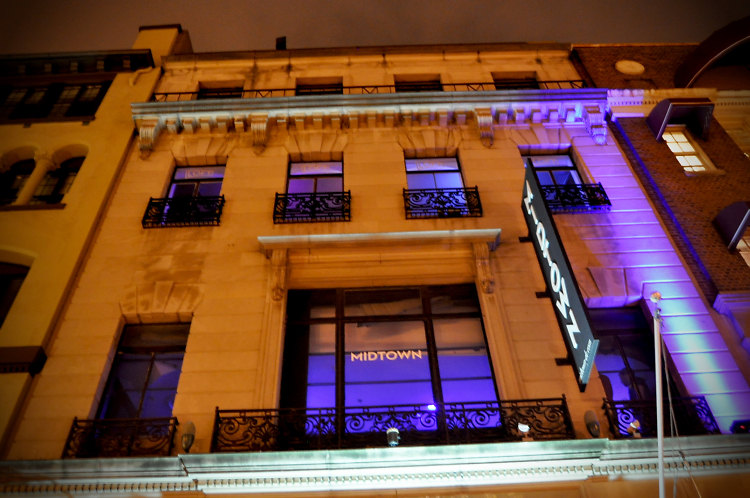 Midtown Partyplex, the multi-level club at Connecticut and 18th NW, is adding yet another level: an open rooftop.

Midtown already has a main level with a VIP loft area (where the celebs often go), a spacious middle level with multiple bars and the "red room," and an upper level which usually plays international music (this music scheme may change post-launch). It's off the deck on this upper level where the stairs will lead to the new rooftop, giving the Golden Triangle club a grand total of four party areas.

Partner Reese Gardner says the rooftop will be open year-round. "We will have heaters and some cool cabanas," he told Guest of a Guest.

The lounge already prepped for the occasion with a new staircase between the middle and upper levels, built several months ago to allow for a heavier volume of people traversing the lounge's different levels.

Other rooftops in the neighborhood include Public Bar across the street, Ozio, and 18th Street Lounge's elevated back deck.