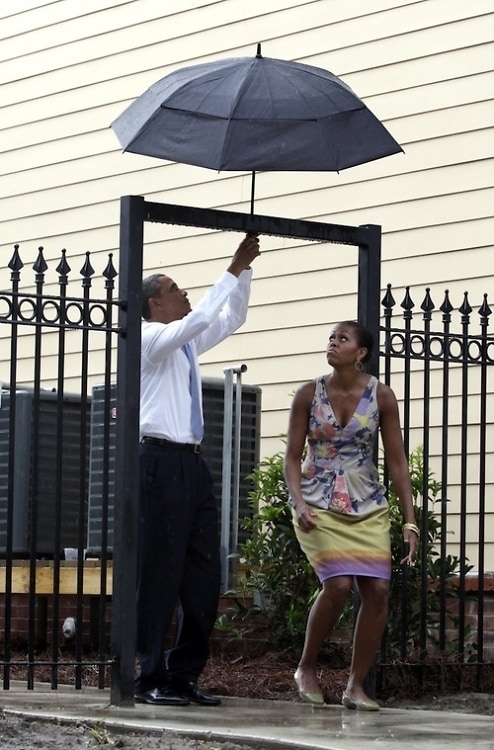 While in New Orleans to commemorate the 5 year anniversary of Hurricane Katrina, our dear Prez was kind enough to carry an umbrella for his wifey.  MObama, however, is less than pleased because:

1)  She is an independent woman.  She and Beyoncé are peers, nay besties.  She does not need a man to shield her from the rain.  Don't get it twisted, B Rock, she could have another you in a minute.

2) The presence of any form of precipitation in New Orleans on the anniversary of Hurricane Katrina is terrifying.  It's hurricane season now, after all, and who knows whether or not another tempest could strike at a moment's notice?

3)  Michelle cannot understand why that umbrella is so darn large that it cannot fit through the silly doorway gate under which she has just passed.  Why do people carry golf umbrellas when they're not playing golf?