says Meredith Viera about her past 'View' co-worker Barbara Walters. This Thursday marks two important events; Walters will make her first on-screen return to 'The View' since her open heart surgery and President Obama will be the show's guest. First appearing on the talk show as a presidential candidate in March of 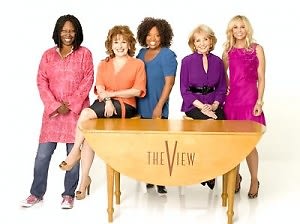 2008, Obama's return to 'The View' will be the first time a sitting president will appear on a daytime talk show.

Having just had her surgery in May, Barbara Walters was not scheduled to return to 'The View' until September.  She's video-chatted with the crew on the show since May but let's be serious here, she would never leave interviewing President Obama on-air in the hands of Elisabeth Hasselbeck and Whoopi Goldberg!