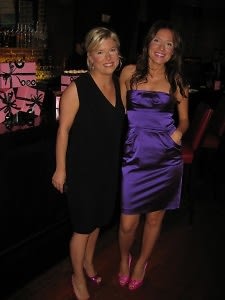 Mere hours remain until the premiere of TLC's DC Cupcake, the reality series that chronicles the rise and days in the lives of one of D.C.'s most frequented cupcakeries, Georgetown Cupcake.  TLC hosted a bash at the Ritz in anticipation and celebration of tomorrow's debut.

Obviously Georgetown Cupcake catered the event.  But what wasn't so obvious was the fact that when party-goers sat back to watch the first episode of the series that premieres tomorrow night, it was also the first time the sisters had seen the episode.  Or any of the show for that matter.

Dan Cesareo and Doug DePriest of Big Fish Entertainment, the production company that found and filmed the duo for the show, tell us the girls did not want to see the show before it aired.

Whether or not that's because they don't have any time to watch television, we don't know.  But we wouldn't put it past them for time to be an issue.

Dan and Doug, who started Big Fish four years ago and have previously worked for TV powerhouses such as National Geographic and the Discovery Channel, say the out of control aspect of the girls' lives is what prompted Big Fish to shoot a teaser pilot about what it takes to run Georgetown Cupcake every day.

It takes a lot, especially because the girls are always over-promising, over-committing, over-stretching themselves.  They want to do everything, all the time.  Dan and Doug first filmed the sisters at the Taste of Georgetown last October, when they were simultaneously running their shop, participating in Taste of Georgetown, and baking treats in their own home kitchen for an unnamed NYC magazine editor who had commissioned them to do all the desserts for her wedding. 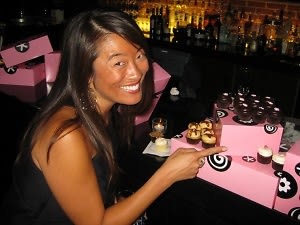 When you work as hard as these girls do, you invariably are bound to slip up now and then.  Like the time they appeared on the Martha Stewart show: they stayed up all night making cupcakes for the audience, drove to New York to shoot the episode, were so nervous and sleep deprived they dinged Martha's car when they arrived at the studio (Martha's aware).

We can't wait to see what other wildness they perpetrate once the show airs. 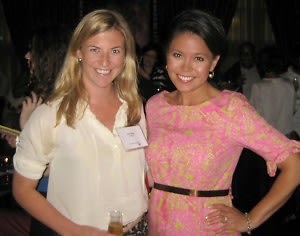 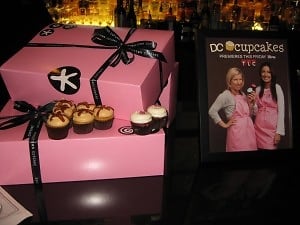 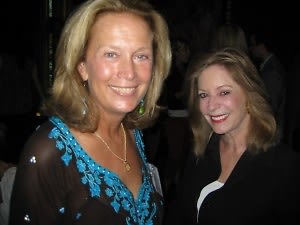