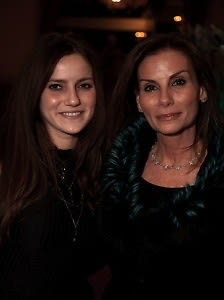 In the second part of our Housewives' bio series, we take a look at cast member Lynda Erkiletian.  A divorced mother of four, Lynda Erkiletian runs D.C. modeling agency T.H.E. Artist Agency which she founded. She has a much younger boyfriend, Ebong Eka, and is active in the D.C. social scene.  Ebong, a CPA, started his own clothing line for men such as himself who are tall (he's 6 foot 5) and like a good, well-cut suit.

Erkiletian embraces her large family, but says of future nuptials, "I've been married twice and having a husband is like having more children. I have four already." 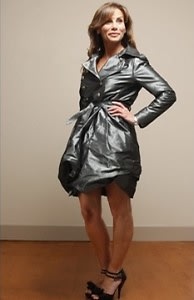 She owns and operates T.H.E. Artist Agency, which represents models and stylists. We've seen it described everywhere as a top modeling agency, but we have no idea what that means or what D.C. even has to offer in terms of modeling agencies. According to the Washington Post, Erkiletian, describes her company as catering to "the ambassadors, to the dignitaries."

We're confused. Whatever.  Even so, according to the Washington Examiner, her client list includes Tiffany, Ralph Lauren, Saks, Neiman Marcus, and Vanity Fair, Elle and Allure magazines.

And it appears that Erkiletian is on track to bring the drama this season. She's blasted cast mate Michaele Salahi, saying of the Salahi's polo match, "I just have no desire to go back, or ever be associated with that little goat rodeo."

According to her Bravo bio, the southern gal

- Channels her southern roots at her country home by shooting clay pigeons, riding ATVs and cooking a mean fried chicken

Yes, the show is clearly going to be about Salahi, but we have a feeling Erkiletian will have no problem commanding screen time this season.