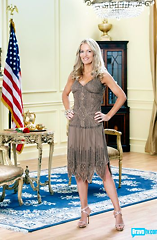 Despite her British roots, Cat Ommanney appears firmly rooted here in D.C. (why else would Bravo cast her as a Real Housewife?)  Today we take a look at the only foreigner in the D.C. cast.

Interestingly, this Housewife is much more elusive on the internet than our past bio subjects, Mary Amons and Lynda Erkiletian.

Family:  Rumored to be separated from her husband, Newsweek photographer Charles Ommanney. Mother of two children.

Catchphrase: On 13-years-younger Prince Harry: “He kissed me, I didn't kiss him. I did nothing wrong. I certainly wasn't trying to seduce a 21-year-old."

Of all the new Housewives, Ommanney may be the biggest stretch in terms of representing D.C. The blond British interior designer wed prizewinning Newsweek photographer Charles Ommanney in 2008 and moved stateside with him and her two children from a previous marriage. 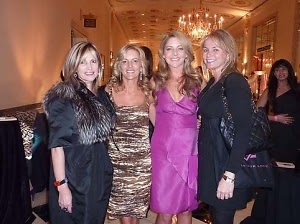 While Ommanney’s turn on Real Housewives of D.C. may bring her celebrity, the show will hardly be her first stint in the press. The blond garnered notoriety after revealing details to the British press of a night spent flirting with – and kissing – Prince Harry.

And although the Salahis may have enjoyed the most negative public attention from their White House crashing antics, it seems Ommanney also suffered from filming the first season. According to the Washington Post, the show contributed to the dissolution of her marriage.

"There's no question that having a television crew in their home all those months was a huge strain,” a friend told the Post. 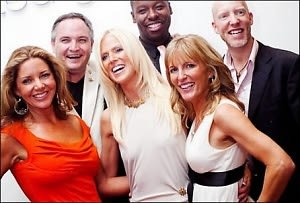 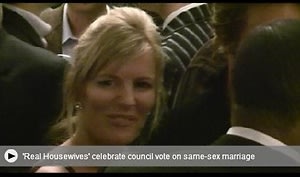