Where do we even begin with last night's episode of RHODC? For whatever reason, this cast just isn't doing it for us. None of the women are proving to be extremely outrageous or polarizing with the exception of Michaele Salahi.

We hate to even bring her up because let's be honest, she's approaching this weird Heidi Montag-level of fame where you don't want to hear about her anymore, but she just evokes so much annoyance, we cannot keep our mouth shut. Every single scene of the show in which  Salahi appears seems to possess a staged grand entrance.

Whenever her skeletal frame makes its way onto the screen, there is always someone to conveniently thank her for some donation or be on the receiving end of an exaggerated "kiss-kiss-hug-hug-we don't-really-know-each-other-that-well-but-this-looks-great-on-camera." Don't look so pensive, Mrs. Salahi. The producers will eventually guide you to a life of "love and light". 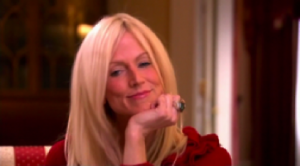 Back to the episode. The extremely-generous Salahis were told to invite invited most of the other housewives to their vineyard for a good ol' fashioned grape stomping. All were in attendance with the exception of Lynda, who actually remembered that she indeed is a real person with her son's football game to attend instead of needing to head out to "make wine" at the Oasis Winery.

Moving on. The Bravo cameras were able to capture the true experience of visiting Virginia's wine country as the viewers focused more on the women who put on their best grape-stomping furs, get into their grape-stomping limousine, and rolled up to a vineyard that was crawling with "personal security." Tareq attributed the men in black to his mother's trying to foil the couple's day of shameless publicity and self-promotion. (We all have our family issues, but what the hell?) 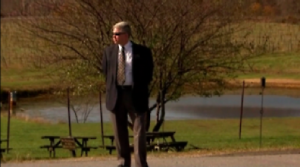 Even more amusing, Tareq just happened to have a whistle around his neck. He asked Cat to be the official whistle-blower and after showing off a little 'tude, she obliged. The whistle itself is no doubt for Tareq's daily training of Michaele. How else does a fake D.C. housewife prepare herself for the cameras each morning? You don't learn to give greetings like that on doggy treats alone! 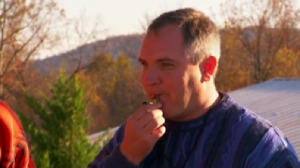 ...And we're not even going to start on that sweater.