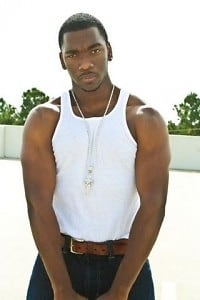 On September 25th, Saturday Night Live will enter its 36th season. By then, they will have added four new cast members to their lineup and there is a strong possibility that one of the lucky few will be the 22-year-old Virginia-based comedian, Jay Pharaoh. Pharaoh has already made his mark with his hysterical viral clips of dead-on impersonations of Will Smith, Denzel Washington and Eddie Murphy to name a few! He also does an impression of Obama that puts Fred Armisen's to shame.

According to The Comic's Comic, it is "Just about a done deal" that Pharaoh will join the cast and likely that he will replace Armisen as the guy who gets to impersonate Obama.  Vanessa Bayer, Taran Killam and Paul Brittain are already confirmed as new cast members for the upcoming season, and Pharaoh was back and forth between Virginia and NYC this past month meeting with Lorne Michaels and doing screen tests.

After watching him do his thing, we're thinking that he could really be someone to pump some more life back into the show. Check out a clip of his comedic work: