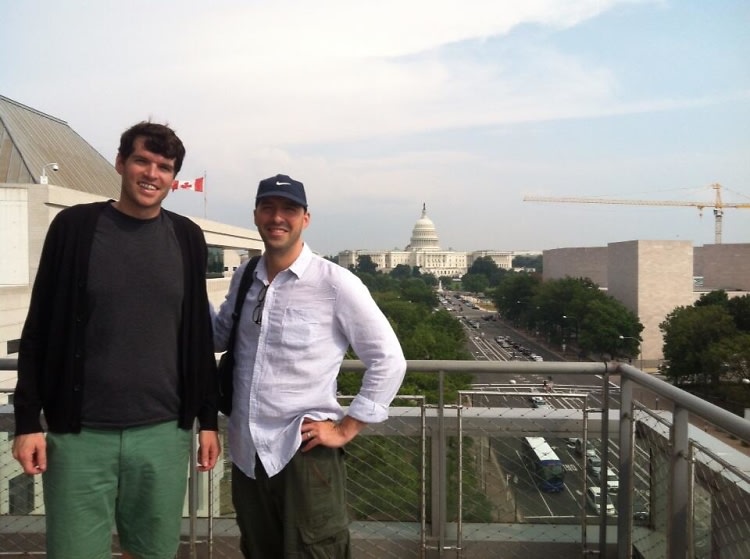 Just because it's on hiatus doesn't mean we have to say goodbye to Veep!

Yesterday, Tony Hale (Gary) tweeted a picture with the freakishly tall Timothy Simmons (Jonah) at the iconic Newseum patio. Unfortunately, Julia Louis-Dreyfus was no where to be found.

The show often features DC hot spots, including the overrated famous Cafe Milano although it rarely films in the District. The third season is likely to debut on HBO in December.