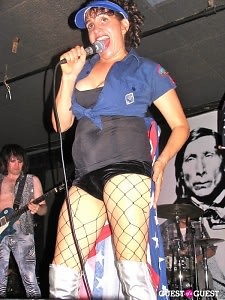 If you walked by Stephen Talkhouse on Thursday night, you may have seen fishnet, sequin, and pastie-clad women strutting their stuff across the stage during the show "Nice Jewish Girls Gone Bad." And if you didn't let your curiosity get the best of you and splurge on the $15 entrance fee, we greatly pity you. With our Jewish mancandy in tow, Team GofG hit the hotspot for what was sure to be a bit foreign, slightly uncomfortable, and an all kinds of crazy experience.

Go HERE for more photos by Samantha Kantor and tag yourself and your friends! 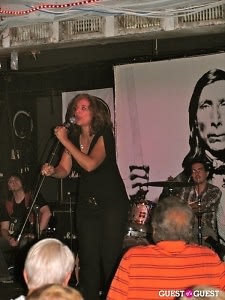 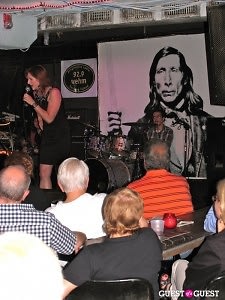 As the night continued, the crowd expanded from solely the middle aged to include the young preppy crowd known to frequent the Talkhouse. Noticing this, comedian Cynthia Levin (above left) told one audience member:

"Have another drink grandma, you can go home with one of the frat boys in the back."

Everyone took this advice, taking shots, guzzling drinks, and trying to get their own friends picked on by the hilarious women who ruled the stage.

The night continued with Susannah Perlman, comedian/chanteuse and producer, working just as many costumes as Lady Gaga, and even including the pop sensation's style into one or two of her performances. Singing her own unique versions of "Bad Romance," "Oops! I Did It Again," and "Let's Get Physical," we couldn't help but rock out a little bit ourselves. 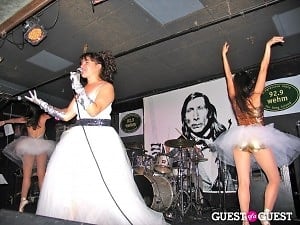 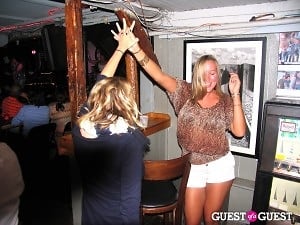 The night wasn't just about drinking and dancing, but really about celebrating the Jewish culture and traditions in an exciting and incredibly erotic way. A hit song of the night, "Eat My Hamantaschen," took the idea of eating this triangular Jewish cookie (which is delicious according to the Jewsight of our Jewish manfriend) to all new levels. We're hoping we don't need to spell this one out for you, but they weren't exactly discussing the eating of a cookie ("Bon appeitit the natural treat!"). As if there wasn't enough crotch skin discussed and exposed on stage, The Schmaltz sisters, two sexy, brunettes who danced in roller skates, leotards, and boxing outfits, while carrying disco balls and American flags throughout all the performances, brought more sex appeal to the show, and had some of the elderly audience members reaching for their oxygen tanks. 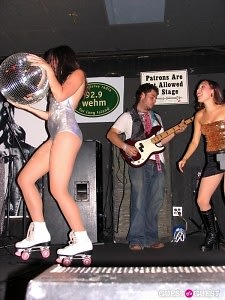 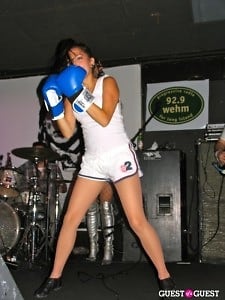 "Nice Jewish Girls Gone Bad" was just the kind of indecency and profanity that we needed on one of the slower nights in the Hamptons. There is no replacement for what it was like in person, but we're hoping today's Best $2K gives you a satiating recap for the Amagansett erotica you missed. 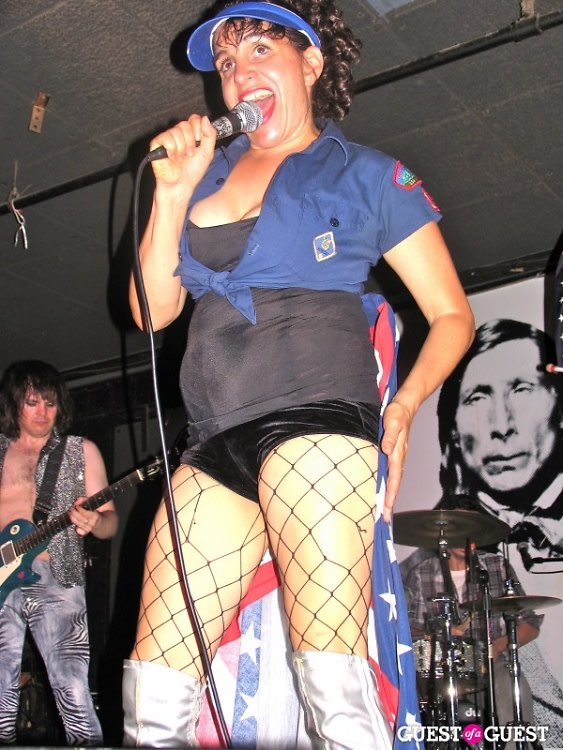 Nothing says 'God Bless the USA' like a woman in fishnets and no pants. 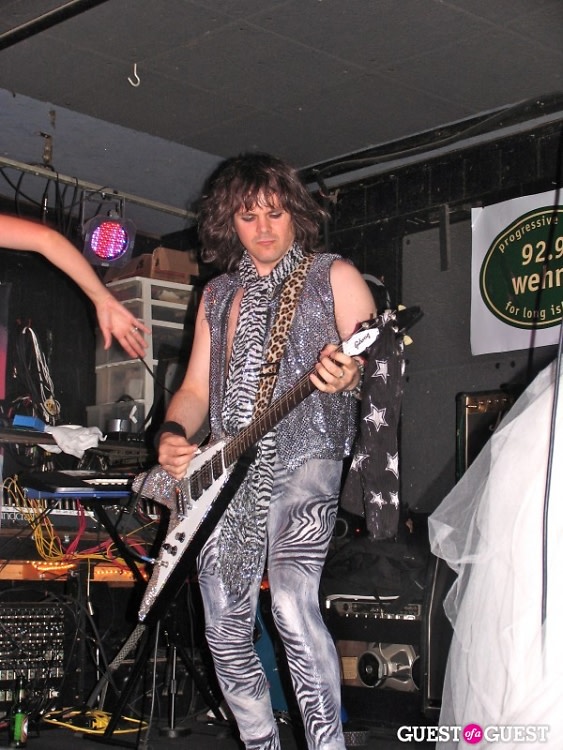 The 'Bar Mitzvah Band's' guitarist went 'balls to the wall' for his performance, and with pants that tight, we could see both of them. 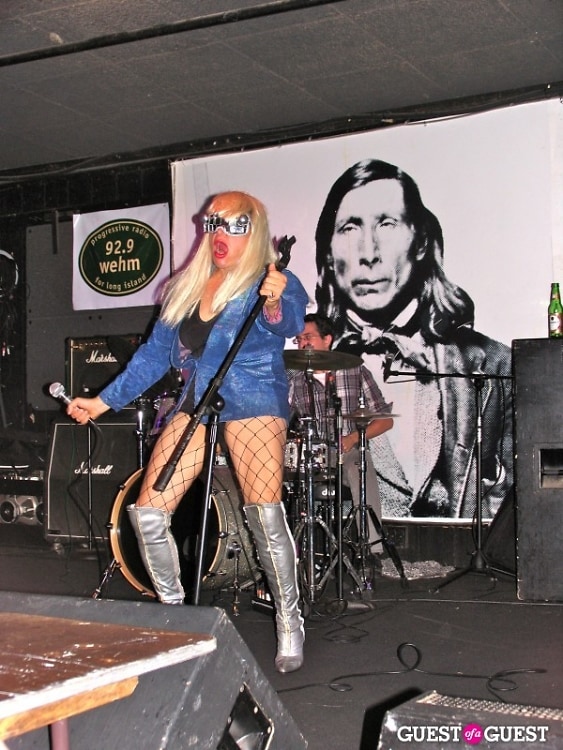 She wants to take a ride on your disco schtick. 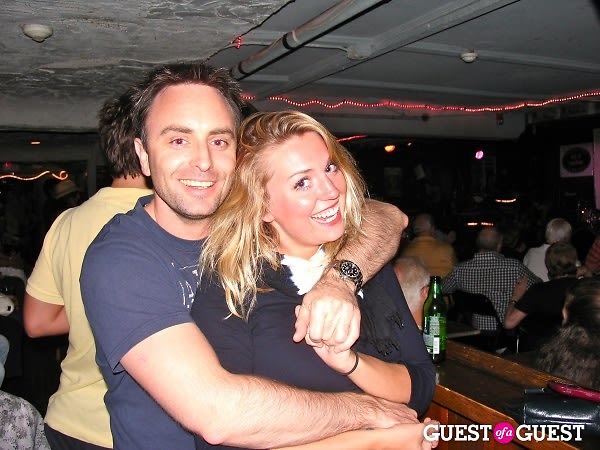 Though this New Zealand native told us 'The Dingo ate his baby,' we were pretty sure he was just hoping to eat our Hamantaschen by the end of the night.