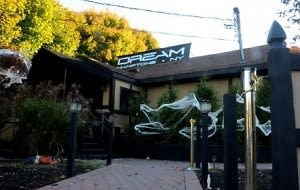 Back in Ocotober Dream Night Club was more of a nightmare than a dream. Carlo Petrusa, a 64-year-old man found himself in the center of a fight during a costume contest. As the fight escalated both parties took the argument out into the parking lot, and it was there that Petrusa and 35-year-old club promoter Shawn Badgett were shot. According to reports the shooter was dressed in a costume from the 1995 film "Dead Presidents". Since the shooting the club has been under tight security, but that is not what has owner Frank Vlahadamis wearing a recording wire these days. [Photo via]According to Patch, Frank Vlahadamis is convinced that his tight relationship with the hispanic community at the Hampton Bays Diner (which he also owns), has him under a wrongful spotlight with the towns police community.

Since the shooting in October Frank feels that the Southampton police have been generating their own buzz with accusations of fighting, underage drinking and drug use in Dream. Frank's suspicion started long before the shooting that night, with Frank filing a federal lawsuit against the town for the constant targeting three years ago. The town has tried to dismiss the civil rights suit, but no decision has been made yet.

Either way, this is not stopping Frank from taking matters into his own hands. He makes sure to wire himself up while he is at the nightclub, out of fear that the police are retaliating against the federal lawsuit, though the police deny it.

What do you all think of this? Do you think that the town is giving unfair treatment to Frank? Or does Frank need to chill out?