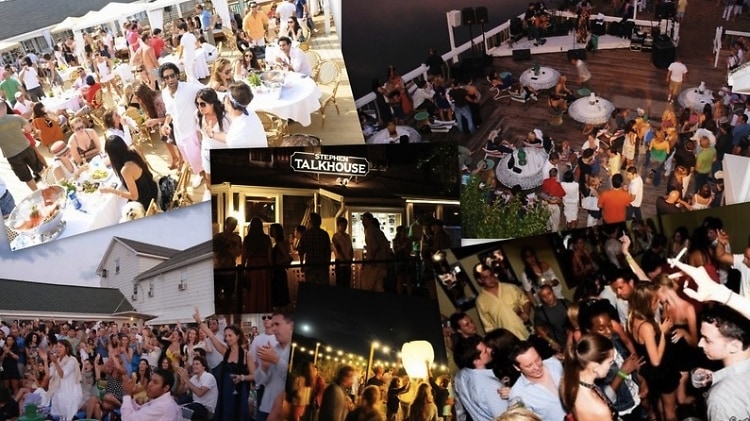 In 2008 Surf Lodge, a quaint restaurant with a surf theme opened on Fort Pond with hardly much of a bang. Sure they had a hip chef running the kitchen and a verified Manhattan nightlife crew running the party scene, but the hundreds of cars and frat boys would take a year or two to fully figure out what was brewing in Montauk. Since then, the movement of the hampters (hipsters from Manhattan) and the share house yuppies looking to party in the Hamptons has consistently headed East (Luckily for Lizzie Grubman, Conscious Point isn't even a memory in the minds of current trend-seekers). Keeping on trend, Montauk's nightlife scene will continue to dominate the Hamptons this summer, despite the growing battle between the townsfolk and these summer subversives who will be infiltrating their territory come Memorial Day weekend. But we're not here to take sides, we're here to report. Check out our official guide to Hamptons Nightlife 2013!

[Your Official Guide To Being A Hampster] [Montauk Is The New Southampton] [A Guide To Montauk's Hampters: The Fedora Rating Scale]