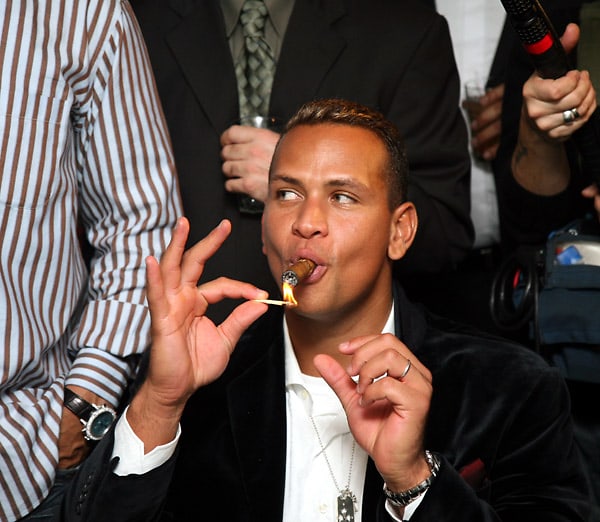 Lord, why did You make it so hard to be Alex Rodriguez? You make him so irresistibly handsome that he can't even walk by a mirror without feeling compelled to kiss himself. You give him enough talent (and yes, steroids, but did You not invent those as well, Lord?) to be the greatest shortstop of all time, and then You make him move positions so some ancient, herpes-laden dinosaur can limp out the end of his career.  And now we find out that he was involved in the infamous Tobey Maguire Hollywood high-stakes poker ring, and is possibly facing disciplinary action from Major League Baseball? Where does it end, Lord?

No, I would not want to be the God-fearing parent who has to explain to their precious, baseball-loving 8-year-old that his hero A-Rod may have lied about his involvement with a string of high-rolling, illegal Hollywood card games where movie stars (and, for some reason, Paris-Hilton-vagina expert Rick Salomon) reportedly consumed copious amounts of cocaine, got into violent fights, and gambled away hundreds of thousands of dollars. 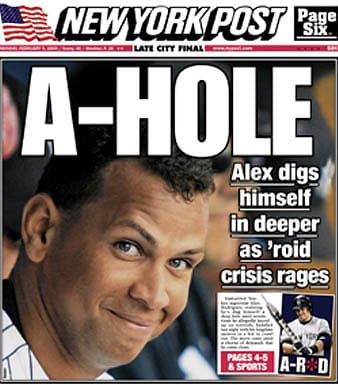 Of course, if your 8-year-old's favorite ballplayer is A-Rod, you've at least had some experience explaining difficult situations, like when he cheated on the mother of his children with Pterodactyl-like Madonna, who has in a short amount of time gone from a Louis Vuitton model to someone who looks like a Louis Vuitton handbag, if it were left overnight in a swimming pool. Or the tranny thing. Or the Cameron Diaz popcorn-gate, which would have ruined my Super Bowl experience if the Black Eyed Peas hadn't taken care of that already.

But let's call this what it is, America: blatant discrimination against Orange people. Yes, Orange-Americans like A-Rod, John Boehner, Lindsay Lohan, and George Hamilton have too long been forced to bear the hatred of a world that secretly envies their weird, unnatural glow. Well, that's not the America I want to raise my kids in. No sir. So what if you happened to be at an illegal gambling site, after you directly told Bud Selig you'd never do that again? I'm with you, one Alex to another. Shine on, you crazy orange diamond.