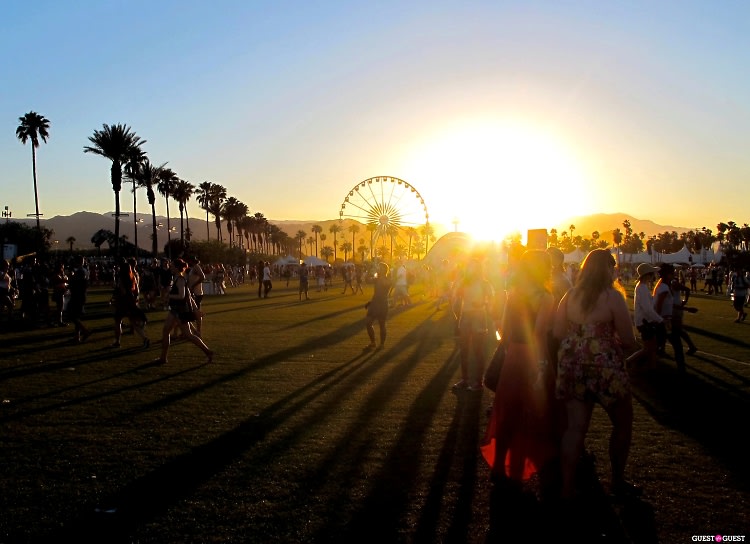 As we make our way through the final stretch of January, we're left questioning what is taking so long as anticipation of the bill, traditionally released mid-month, for this year's still lineup-less Coachella 2013 intensifies with each passing day. But there's plenty of noise to fill the void, as a steady flow of worthless non-information courtesy of message board wackos who have the time and Photoshop know-how to fabricate fake LA Times articles, as well as those masters of withholding at Goldenvoice. Following that mystifying photo of a lone rock in the Empire Polo Field, yesterday Coachella both tickled and infuriated with another uninformative tease in the form of video titled "Bloom," a trippy time-lapse clip of the festival sprouting up from polo grounds, posted to its official Facebook page:

Uhhhh....... Neat. How thoughtful of them to make this bitchin' video with neon land sharks for us, maybe they can, like, give some actual information as to the performers of the festival for which all Advanced Sale tickets were sold-out in May? You know, maybe some names of the artists thousands of people already shelled out $400-$800 to see?  While Goldenvoice takes it sweet to time in getting around to releasing the bloody lineup, you might as well check out some of our other Coachella 2013 coverage while you wait it out. Don't forget, we're in this together.