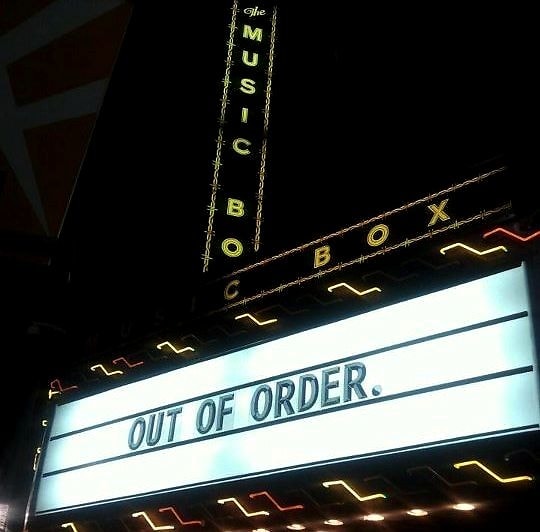 Oh man, this is a bummer. According to reports on LA Weekly affiliated blog L.A. Slush (and now getting picked up all over town), The Music Box, the iconic and completely awesome live music venue at the Henry Fonda Theater seems to have been shut down overnight. Yes, what you see on the left is what its marquee displays.

The Slush report confirms that starting last night, a team of workers put up a sign reading "Closed For Inventory," and then proceeded to dismantle and remove the lights, sound system and bar from the theater. The Music Box website doesn't list much for upcoming events, but it does talk about Funktion Wednesdays, the bass/dubstep/electronica night we wrote about earlier this week, and whose kickoff event Wednesday featuring Rusko (which went down as scheduled) may end up with the dubious honor of being the Music Box's very last show. [Music Box marquee photo via Facebook]

Early speculation from the LA music blog universe suggests that this abrupt and mostly unanticipated (promoters and venue employees reportedly had no clue this was going to happen) closure stems from last January, when two of the three owners of the club sold off their shares and left the business without telling the Fonda's landlords. This led to several months of infighting, and finally, an eviction notice. While the possibility is still very much open for another management group to 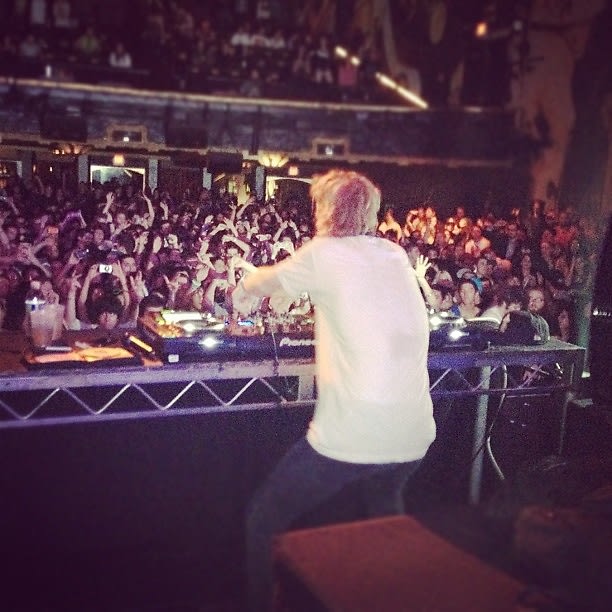 move in and resume having shows there, the complexities of obtaining new permits and licenses suggest that it will be a while before another show goes up there. No doubt the promoters of upcoming scheduled shows, like the Insomniac-promoted DJ show featuring German heavyweight ATB which was supposed to go on sale tomorrow, are in some way getting left holding the bag.

[Left: Rusko playing The Music Box 1/4/12 by @danielriots via Instagram]

Ask anyone local about the best live shows in L.A. they've ever seen, and there's a decent chance at least one of them happened at The Music Box (Brian Jonestown Massacre for me). Here's hoping everything gets sorted out quickly, but for now, this just sucks.

Just moments ago, Goldenvoice released the following statement regarding the The Music Box:

At this time, it is our understanding that the closing of The Music Box is a short term closure, please be patient with us as we work out the details as they pertain to our previously scheduled shows.

Sounds like they're not so sure what's happening either.