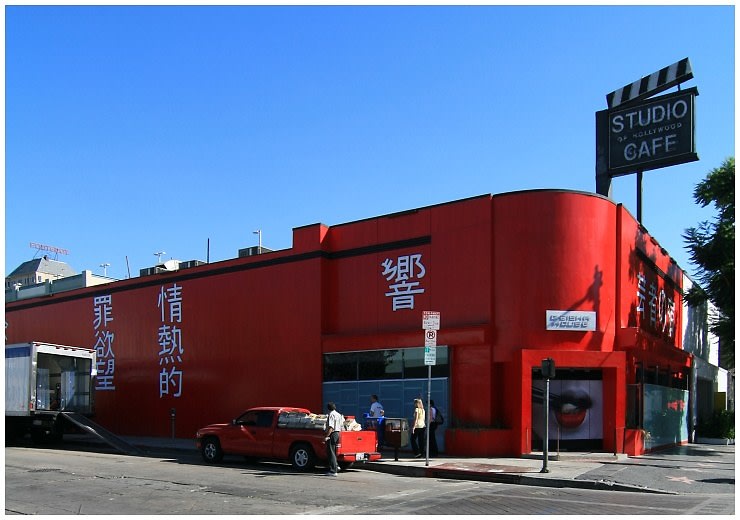 Signs that your swanky L.A. restaurant/nightclub is circling the drain:

1) The customers and partygoers begin to disappear.

2) The food is increasingly poorly reviewed.

3) Two reality-show fauxlebrity goobers who invested in you take all of your money and use it for travel, partying, and "multiple sexual encounters with various older men."

Wait, what was that last one again?

Yes, specific as it may sound, that's pretty much the blueprint for the downfall of the once proud Geisha House, which once upon a time was riding high as a see-and-be-seen Hollywood hotspot and a featured Ari Gold dining location, and now seems to be more stale than "Entourage" itself (which really can't end fast enough, by the way). Now, like a haunted carnival, this mid-decade monstrosity seems by some arcane magic to light up and open its doors every night, but those foolhardy enough to pass inside are never heard from again. I wonder if that's because massive amounts of the restaurant's money are funding "Big Brother" winner Mike "Boogie" Malin's Karl Lagerfeld roleplay fantasies?

In her suit, Arazm claims, "They gambled away hundreds of thousands of dollars that never belonged to them, they used some of the stolen monies to pay for sex, and they traveled the world at Arazm's and the restaurant group's expense."

Arazm also alleges in the docs, Malin used company resources "to have multiple sexual encounters with various older men during which Malin would live out fetish role play fantasies." 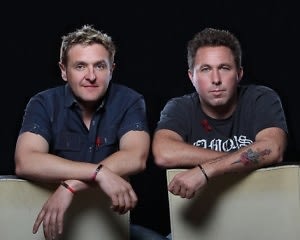 A few things here: first of all, I can only imagine that Geisha House, LLC was already in some form of financial distress if they let a grown man named "Boogie" invest in their restaurant. The only time you should let a purported adult with that kind of name invest in your business is if he's a successful rapper, and even then only because he's sure to have more money than a "Big Brother" winner (sidenote: if you tell me you've ever watched that show, you're either British or lying). And why do these two dipshits get a VH1 reality show called 'Famous Food' if the only thing they've ever done is run Geisha House into the ground?

Second, we need to examine the possibility that these two jackasses were doing everyone involved a favor. That money surely would have been sunk into increasingly desperate attempts to keep Geisha House afloat, but now, whether they win or lose the suit, the other partners have an excuse built in to take what's left, walk away from the table, and give that prime real estate over to something the general public would appreciate more, like a Dunkin' Donuts or a Ross Dress For Less or something. It's practically win-win.

Of course, this is Hollywood, and that'll never happen (Boogie is counter-suing for extortion), so get ready for years of obnoxious litigation, while Geisha House continues to sputter along and occasionally eat passing tourists. Just know that it didn't have to happen this way. At least we'll get a few more juicy details about the alleged Lemon Parties.

[top via, bottom photo via]