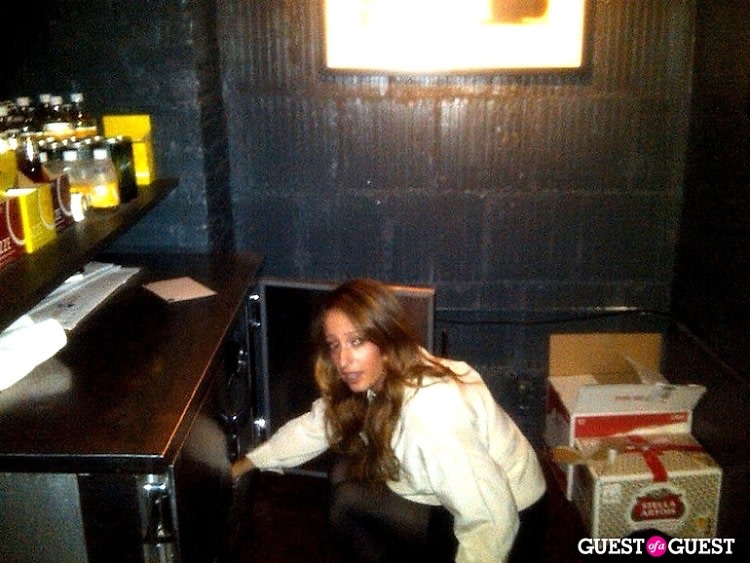 I've been doing roundups of all the wonderful things I learned as a native Angeleno during a recent trip to NYC but felt this particular adventure to the basement of the former CBGB should stand alone. What I learned is even though the legendary mother of punk rock was taken over by John Varvatos, you can still party in its basement. But there is one little caveat: it's not open to the public. So in order to walk the same space that put the Ramones on the map, you either have to rent the place for an open bar party OR know one of the new owners' kids. [Photo: Madison Mandell plays bartender at the back bar] 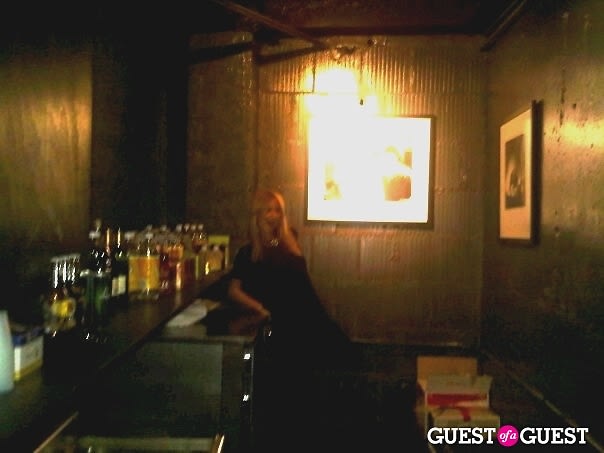 We recommend the latter based on our own experience, so if you get an invitation, don't be an idiot and just accept like we did last friday night when we wound up at this OMFUG vestige dungeon where the kid was having his own little get together with 30 of his nearest and dearest. We had free rein of the place, including its two fully stocked bars as we twirled around the club we had all to ourselves. Low tide? No problem when you can be your own bartender. We preferred the back bar with the photo of my friends Bowie, Iggy, and Lou Reed above it. Having the venue at our disposal meant we also got to be DJ for the night and blasted beats at decibels that are not for the faint of heart. [Photo: Me posing in the back bar below the Mick Rock photo] 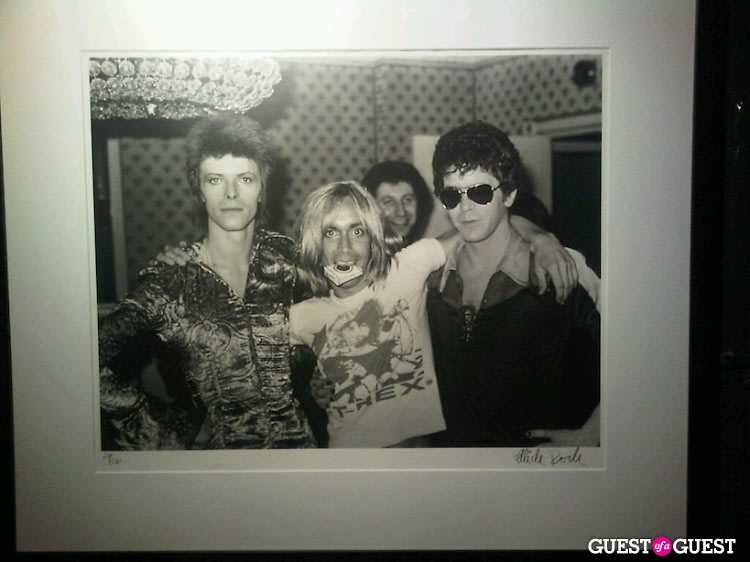 Mick Rock photo of David Bowie, Iggy Pop, and Lou Reed on the wall of the back bar. 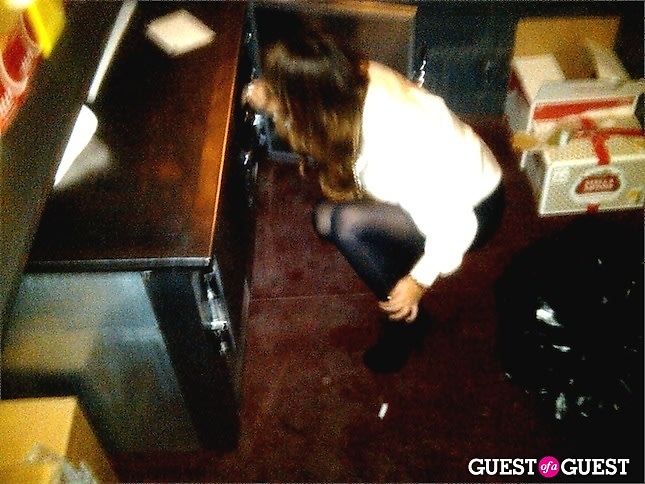 That is of course until the music suddenly stopped and lights switched on, at which point everyone scrambled to the only exit up to the street. Why? Because the host said the cops were there and we had to. Wait, why? Didn't he own the place? Don't know, didn't ask. I found that in those situations, you revert back to your 16-year-old instincts and assume if the cops come, you just shut your mouth and leave, don't ask questions. In fact it was pretty much exactly like when the cops would show up to high school house parties and you knew you were violating at least three laws just by being there so you just politely shut the eff up, walked with your eyes to the ground and found an exit STAT. [Photo: Madison crouches down to reach the back bar's refrigerator]

Except everyone in this case was legal, well into their 20's. So unlike the high school scenario in which we knew exactly what we were doing wrong, this was more of a mystery. Still is. Hopefully for our gracious host, the cloud of marijuana smoke cleared by the time the po-po made their way down and no one had left behind any fun, uh, accouterments. 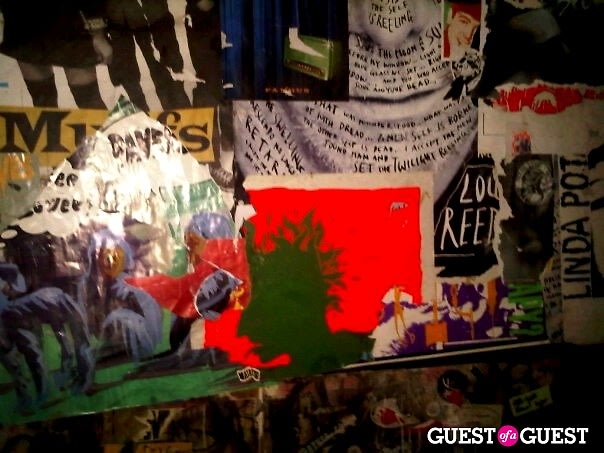 As much of a buzz kill as the abrupt end to our private CBGB party was, the cops' arrival made it feel kind of badass. Plus, it was only 3am so there was still time to make it to some place called DON HILL'S where we were able to dance our faces off.