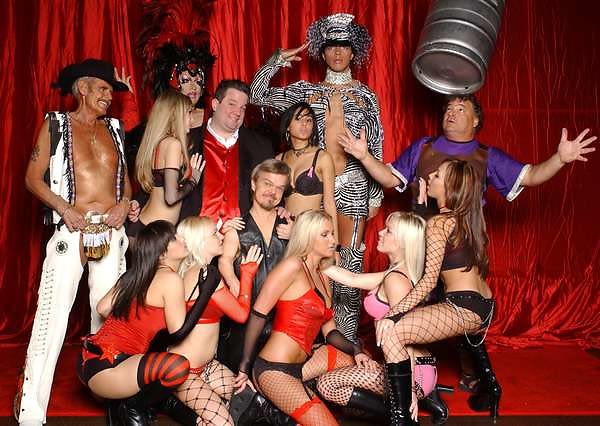 [Photo via] Los Angeles nightlife is about to get a little crazier with David Arquette Presents: Beacher's Madhouse coming to The Roosevelt. Imagine a circus blended with a nightclub (not like Playhouse), and you have a slight idea of Beacher's Madhouse. The Vaudeville-inspired theater show that kicked off in New York, moved on to Las Vegas, comes to the Roosevelt Hotel in the fall. We're not really understanding the David Arquette involvement, but apparently, he'll bring the show his "unique comic sensibility." Hmmm...

The over the top set up will have traces of European influences such as the Folies Bergere, a perfect fit for the Roosevelt which used to be the home of Old Hollywood glam roughly a century ago. The experience begins with guests will enter through a discreet passageway behind a library bookcase, bringing them from an ordinary world to one filled with fantasy. 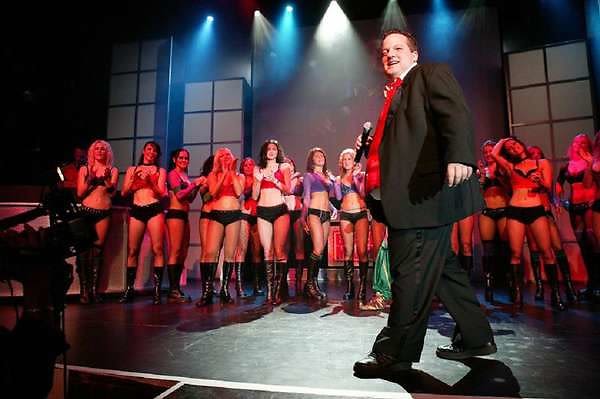 The 2,500 square foot venue will be filled with glass stages, floor-to-ceiling chandeliers and huge objects along with walls embedded with a hodge-podge of mannequins and furniture. The VIP areas look like a suspended birdcage, a huge coffin, and an animated face. The extravaganza will no doubt blow your mind with little people serving cocktails ("Midget mania," as the New York Post so decorously put it), burlesque dancers, go-go girls, acrobats, contortionists, fire breathers and live animals, just to name a few.

It sounds like it's going to be a night of amazing mayhem for all who attend! The show will be a permanent fixture in the Roosevelt for the next five years. Yes, FIVE YEARS... So yeah, you have some to get in on the "midget mania."