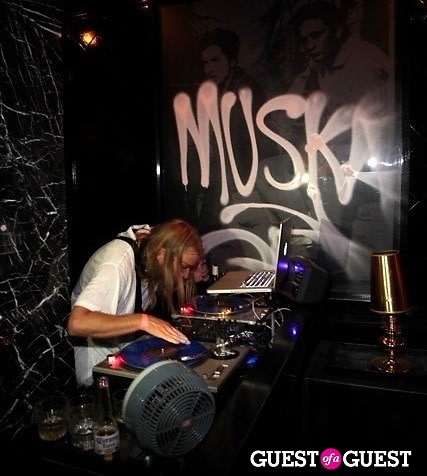 The next time you step out to Trousdale, you'll probably notice some new wall art reminiscent of the stairwells and bathrooms at Paul & Andre courtesy of The Muska. Saturday night while the Society launch party was holding it down, the skate legend celebrated the release of Supra's Chad Muska Skytop III kicks in the back room where he proved to be one spontaneous dude, unloading some ballsy surprises throughout the night that probably only he could get away with.

In addition to hopping on the decks to spin an impromptu DJ set, Muska decided it was time to give the place his signature touch. We know he's been exploring his street art skills but probably no one anticipated Muska might take the liberty of practicing his craft during an event for his shoes in a nightclub other than Paul & Andre. But, oh, snap, did he go to town with an aerosol can to give Trousdale's back room his special treatment. 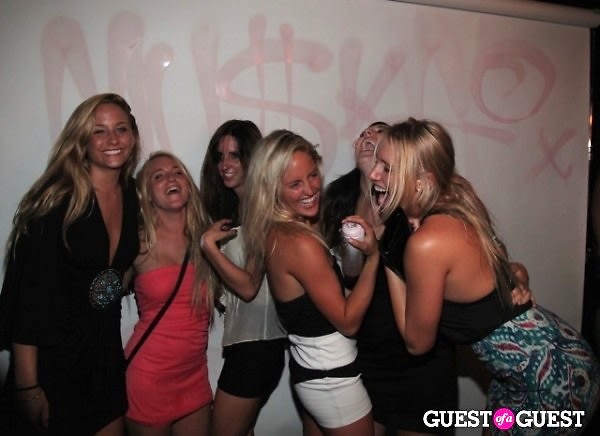 Even if you missed him getting radical on the walls with his live art project, there was no mistaking that Trousdale had gotten a taste of the streets as you inhaled the paint fumes and saw the fresh "MUSKA" tags in giant white scrawl. Cojones. Major cojones. Now, we don't recommend you attempt any of this unless you want to be promptly escorted by security, shamed as they usher you through da club, and probably arrange a ride home from the cops. He's famous and better at skating than you, so leave the vandalism and self-appointed guest DJing to Muska and just enjoy getting shwasted at Trousdale like a normal person. 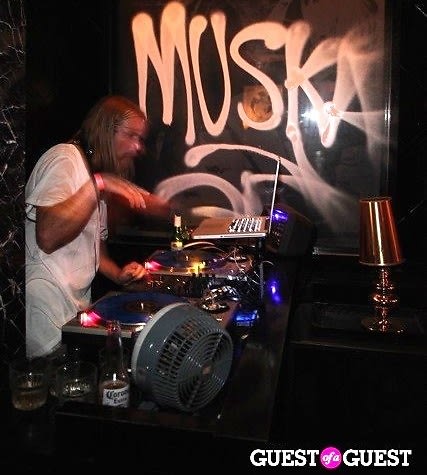 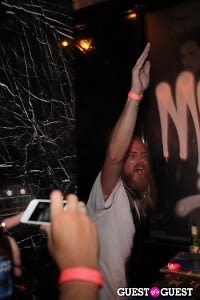