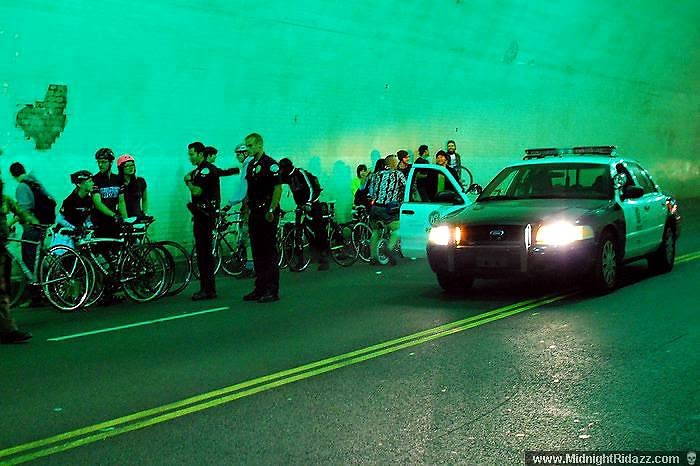 I'm not sure if it's that people with preexisting conditions flock here or if this town brings out the cray cray in its once sane inhabitants, but L.A. is loaded with unstable individuals. Combine that with urban sprawl where cars are pretty much a necessity for this population, a rush hour that's actually several hours that span across the better portion of the daylight hours, Coffee Beans and Starbucks' that outnumber gas stations, swollen egos and we have an intense and volatile driving situation. And in a city of aggressive drivers who don't care if they live or die, they just don't want to have to sit behind the car waiting to make a left turn, the roads can be a scary place for cyclists. [Photo via] 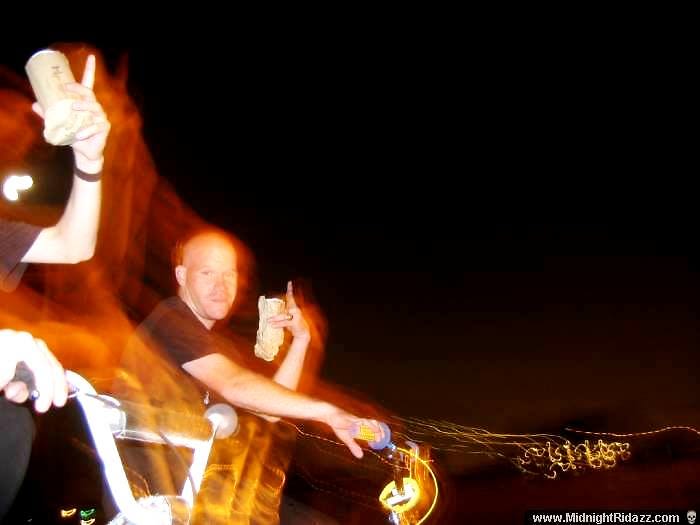 [Photo via] So scary that a law had to be implemented last month that makes it a crime for drivers to threaten cyclists verbally and physically. But the tides turned last night when it was drivers who were the victims of road pigging by a group on bikes in Playa del Rey. Police responded to the 300 block of Culver Blvd after receiving calls about a large clan of drunk and unruly cyclists blocking traffic. A group of roughly 200 cyclists (ages mostly ranging from teens-20s based on the videos) had come together for the monthly "Taco Tuesday" night ride. One LAPD official said the cyclists were "riding around in circles, blocking all traffic and doing what they could to cause trouble" and a handful of citations were issued. And it wouldn't be the first time the monthly event pulled stunts like last night's as video from a Taco Tuesday ride from last summer will show as riders do the "Circle of Death" in the middle of the Hollywood and Highland intersection:

Commenters on the L.A. Times articles reporting the incident today tended to side with either drivers or cyclists and vilify the other on the issue of road sharing which escalated into heated exchanges at points, and that was fun to read. But you know what? Let's just call it draw and agree L.A.'s cyclists and drivers are both dickish. Cyclists, you kill me when you ride on winding narrow streets with blind turns and side-by-side on single-lane roads. What is that?? You want to talk about something, then text each other like normal people. And drivers, you're an awful combination of psychotic and rude, especially Friday afternoons and should probably go eat something and take a walk around the block before gunning it out of the office for the weekend. The road is everyone's so try not to be an asshole on it.