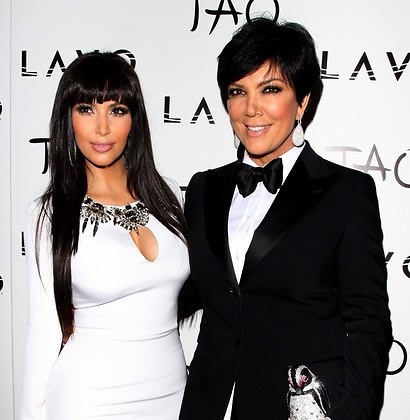 Tom Cruise's teenage son "C-Squared" DJs a set for $10k with Cobra Starship and Lupe Fiasco at the Big Bang, Hollywood's biggest New Year's Eve party; "Real Housewives of Orange County" host a super blonde and sparkly NYE at The Beverly; Pamela Anderson, Kim Kardashian, and Fergie host NYE parties in Vegas; SBE celebrates the new year at the opening of yet another Hyde in Vegas with Lauren Conrad, Joe Jonas and more; Stevie Wonder delivers a NYE concert Vegas-style for Kyle Richards and Tyrese—open wide because we're giving you all the details on how familiar faces partied at the biggest blowouts here in L.A. and Vegas to ring in 2012 in this major installment of Last Night's Parties, New Year's Eve 2012 edition!

Also, I had no idea Kim Kardashian and Adam Lambert were so close until I saw them together here. Cute! [Photo via]