How do you take the spotlight away from James Franco? Apparently the only way seems to be a medical emergency during his movie screenings, like at last night's premiere of 127 Hours. Meanwhile at Chateau Martmont, a periwinkle-haired Cherry Vanilla spoke about sleeping with David Bowie to a crowd that included his ex-wife. But it was just another Wednesday night Hollywood... 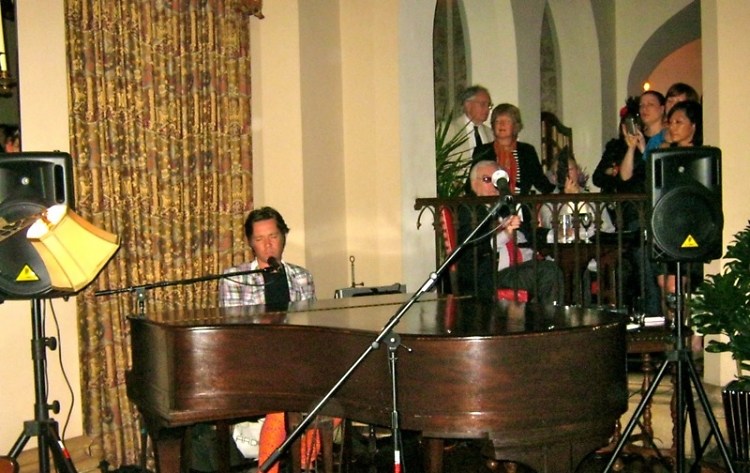 Other Details: Guests gathered at the Chateau Marmont for a cocktail party hosted by Rufus Wainwright and Bryan Rabin for the launch of Cherry Vanilla's autobiography, Lick Me. The guest of honor read excerpts from her book in which she describes having sex with David Bowie... in front of party guest and ex-wife Angela Bowie. Awkward... But moving on, Wainwright, who donned a plaid Viktor & Rolf jacket and leopard patterned pants, gave an intimate performance in the hotel's lobby that left the party in awe as he played the piano and his hit cover of "Hallelujah". 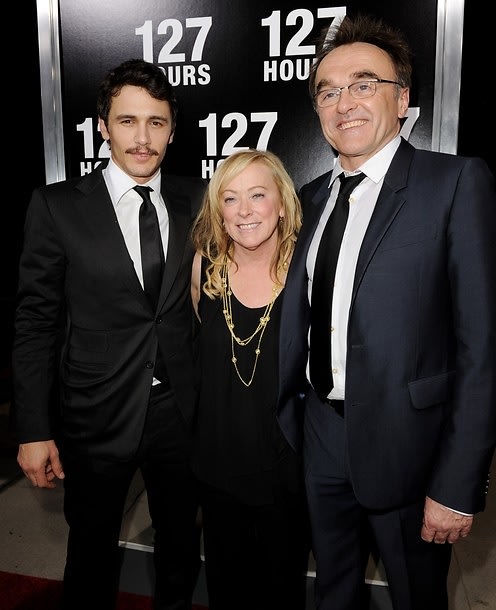 Where: Academy of Motion Picture Arts and Sciences

Other Details: Many guests looked extra dapper as they walked the red carpet, including in newly single Kellan Lutz, whose ex-girlfriend's "90210" castmate showed up looking particularly casual in jeans and thick-framed glasses.  Much like the film's NYC screening the night before, last night's L.A. premiere was the site of another medical emergency during its showing when a woman had a seizure about 45 minutes into the film and had to be rushed to Cedars-Sinai. Director Danny Boyle announced after the film ended that the young woman was doing fine, and that unlike the NYC incident in which a person fainted during the gruesome amputation scene, the woman said "it had nothing to do with the movie." But it's still 2 for 2 for mid-film medical emergencies so it'll be interesting to see what happens when it's actually out in theaters. [via]