Why not? Doesn't it make sense to put a hot mess infamous for haunting trendy L.A. nightclubs 'til all hours on a nightlife flyer? Only if the intention was to be ironic, and maybe even a little cruel, since Trousdale is one of the last places on earth you'd ever bump into Lindsay Lohan for a few reasons... 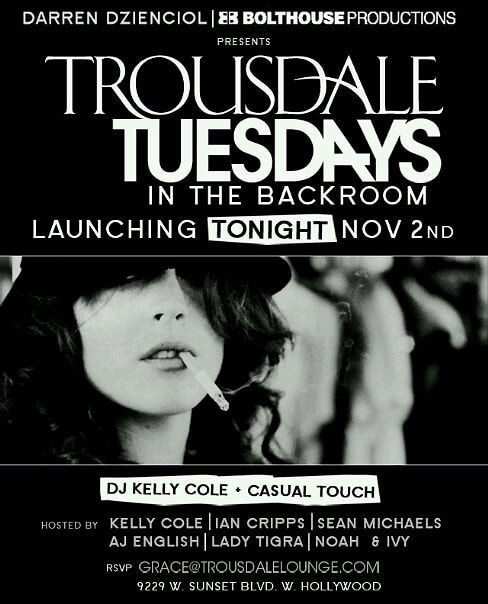 Firstly, she's in rehab, so unless Dina or one of her "friends" bails her out and guns it to West Hollywood faster than Jen Rosero can say "honey, I don't care who you know", you won't find her there. Not to mention she'd be breaking the law since a judge was kind enough to order her to rehab until January 3rd instead of giving her more jail time. 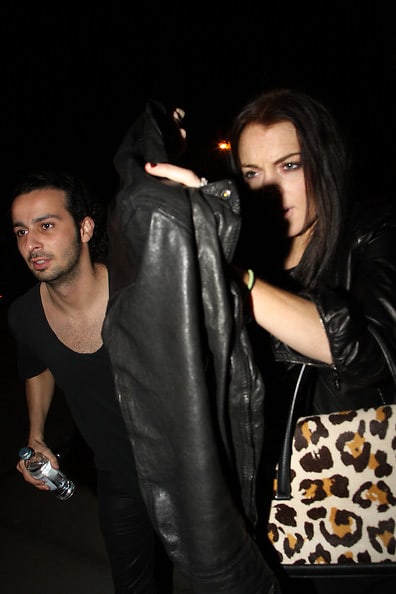 As all the world saw week after week, and year after year, Lindsay never learned when to call it a night; places like Trousdale were one of her biggest vices and where she often got into trouble. Remember in March when Lindsay went on one of her barely coherent Twitter rants when they made her wait to get into the club?:

"I've never been treated so poorly in my life, this is why I never come to LA - isn't security, after I respect them and their work and tip - aren't they supposed to protect us?... I pick New York just like Jay-Z... Wouldn't you?"

Seeing as the nightspot is one of the many sites Lindsay was known to act up like this when hitting the clubs, turning up at Trousdale anytime soon is kind of like one last step before landing back in rehab. If they actually let her in, that is...

And they wouldn't since Lindsay is in fact banned from Trousdale. Remember that time she chucked a drink glass at Samantha Ronson's head? That happened at the nightclub and got Lindsay blacklisted :(

So was putting an image of Lindsay with a cig hanging out of her mouth on the flyer for the new Tuesday night in the back room of Trousdale a careless error by someone who didn't know better or an intentional slight? What cold-hearted scumbag would do such a thing? Hmm... Just ask Lindsay's "friends".