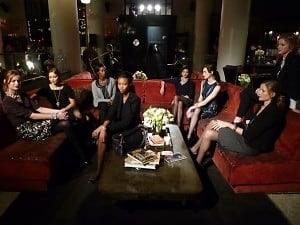 There are certain bars where the price of the drink is so high it should include a bar of gold and three wishes so it's entirely understandable that customers, having had an arm, leg and wallet, taken from them would be upset about the addition of an automatic gratuity of 18%. Just who is guilty and who has changed their mind?

UPDATE! This charge has recently been removed. The Tribeca Grand is in the clear! The bar located inside the hotel adds around 18%. In dollars and cents this means that the price of your $26 drink costs an extra $4.86 whether you like the service or they just slop it in front of you. A bartender told the NY Post it's policy due to European tourists who don't tip. I'm sure a small sign would suffice, though it would be just as annoying.

This posh hotel also includes 18% automatic gratuity and also blames European guests as the culprit for their actions. Perhaps someone should point out the section on tipping in their guidebook instead of using their patrons from overseas as scapegoats?

As if the hotels all called each other to agree on an equal automatic add, the Lobby Bar at the Ace also charges 18%. When your bill arrives you'll see the large red stamp noting the addition. 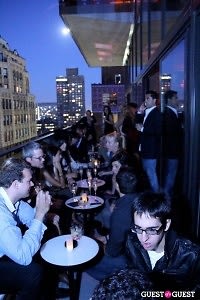 The new Ganservoort Park Avenue also had a mandatory charge but after Internet outrage due to the article, they've changed their policy. They sent this to Gothamist: "Since its opening this summer, Gansevoort Park AvenueNYC, the newest hotel from the Gansevoort brand, has included a 20 percent gratuity on all bar tabs. We are pleased to note that as of today, this automatic gratuity has been eliminated."

In theory you can object the mandatory addition.  It's illegal under section 5-59 of Title 6 of the Rules of the City of New York, which states that restaurateurs “may not add surcharges to the listed prices” unless a customer “is asking the restaurant to provide additional service.”

However, I'm betting you'll have trouble getting good service on your next round if you only hand them a dollar. Also, if you're on a date or out with business associates do you really want them to see you haggle over the extra $5 added to your bill? Probably not. But if you do argue, be sure to still tip your server well. They work hard for around $4.15 an hour and deserve to make a living.