[All photos by TheCobraSnake] Monday night at the Roxy, a bunch of underagers got together for the weekly shitshow, "Spin the Bottle". This week's entertainment featured a competition between local L.A. DJs. Party goers cheered on their favorite spin masters while enjoying complimentary Vitamin Water, gossiping with friends, and making Zoolander faces in the photo booth. 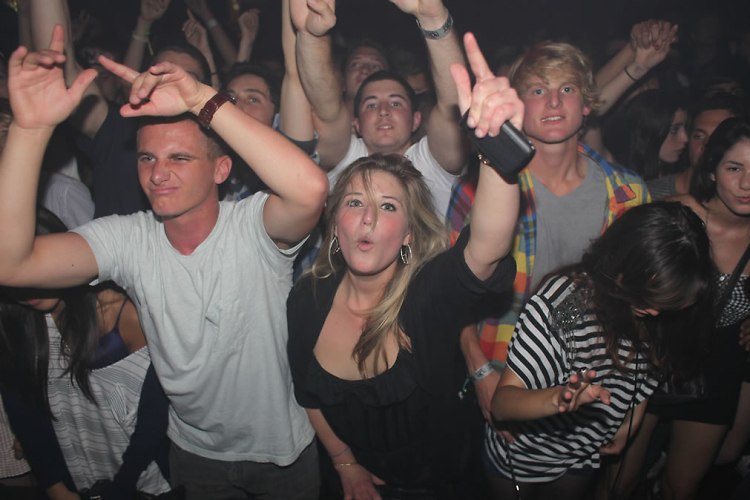 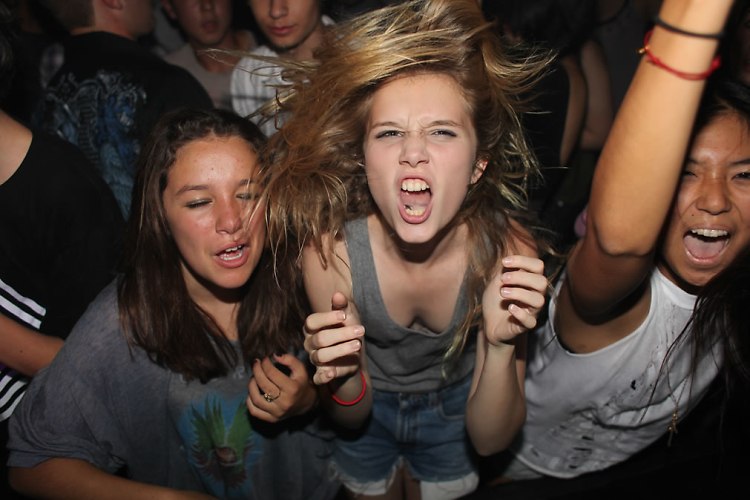 The Monday night bash, started last summer, is popular among Westside teens from affluent families who love techno music and can get down with some fist-pumping in a hot, sweaty, sea of humanity. Massive mosh pits in the middle of the dance floor are standard, but if you're lucky, there might be some belligerent 17-year-old boys screaming and punching each other (at which point they are politely escorted out by giant, beefy, security guards specially trained in hogtying rabid teenagers in plaid.)  But don't worry: they never learn and will be back to start some shit again the next week, we promise.