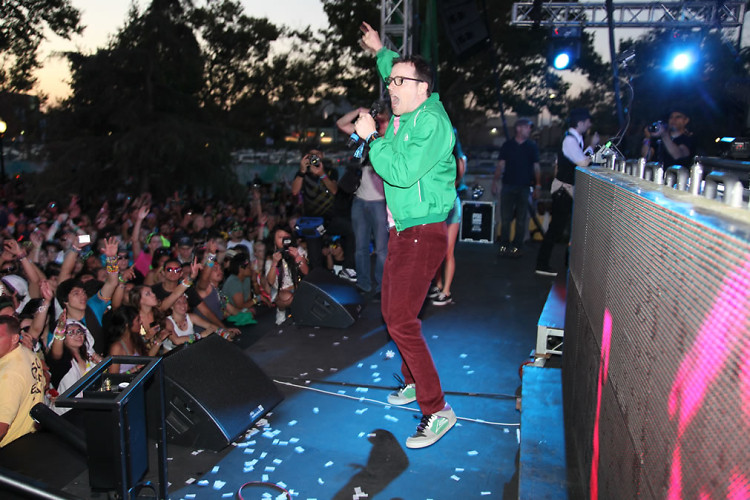 Ravers and beat-thirsty children from all over L.A. came out donning beads and tutus for the annual EDC festivities over the weekend. As one might expect, an event such as this draws a pretty unusual crowd of both lovable and unsavory characters all looking to rage. Thankfully The Cobra Snake team was there to capture some the weekend's most notable partiers in all their glory...

Weezer frontman Rivers Cuomo hopped up on stage while Steve Aoki covered the turntables, upping the ironic geek-rockstar quotient of the night by 100%. 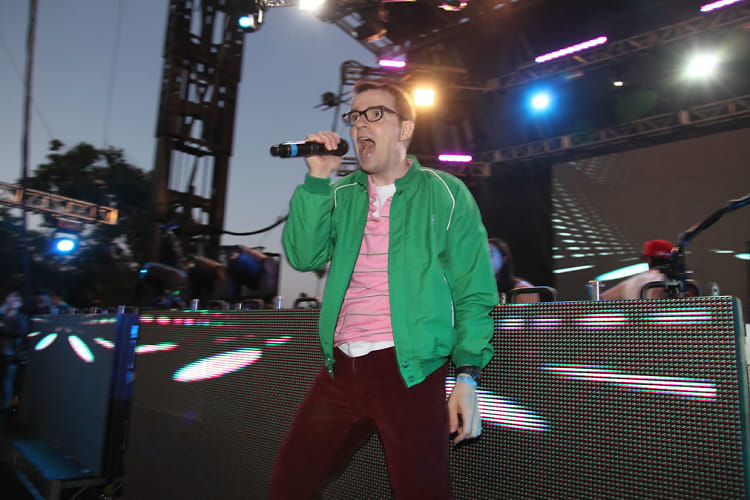 "It's revenge of the nerds, betches!"

But the special guests on stage didn't stop there! Out of nowhere a familiar voice was heard yelling "hhhhyeeeaahhhh" to the crowd and then -- BOOM -- there was Lil Jon front and center. He had been getting crunk with Rivers backstage before the show so he was almost on the same level as most of the audience. 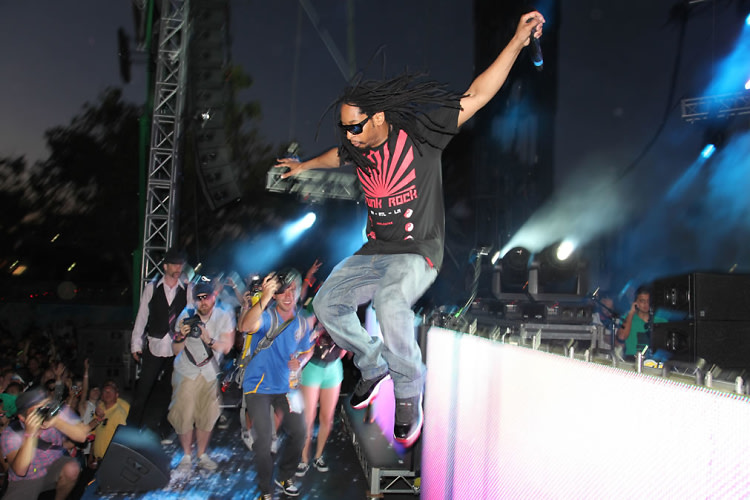 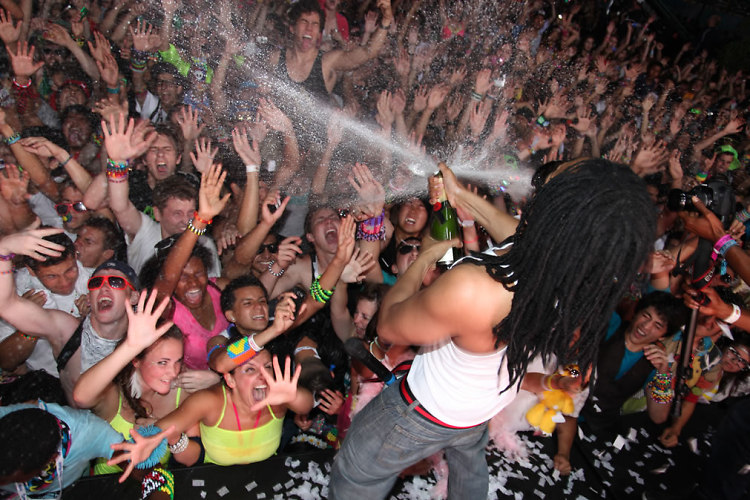 Shepard Fairey ambassadors scoured the premises to spread their sharp wit and wisdom all over the carnival. Surely these sages bestowed some invaluable knowledge on the young audience to help get them through the wild shows in one piece. 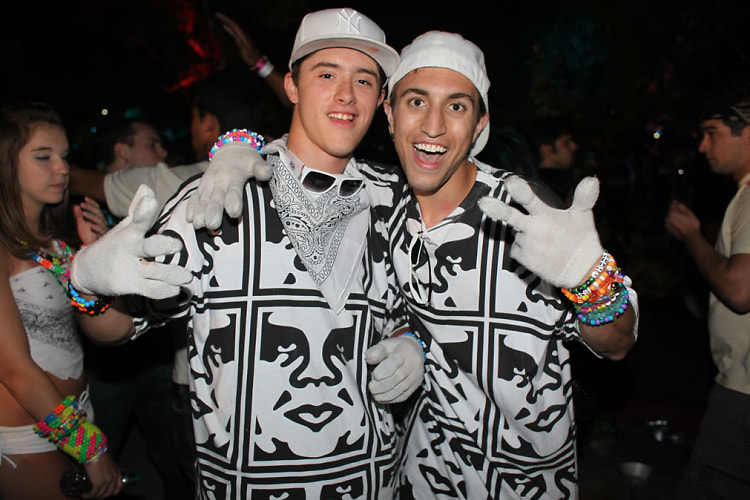 Pervy Santa rolled down from the North Pole... Um, yeah... People were horrified. 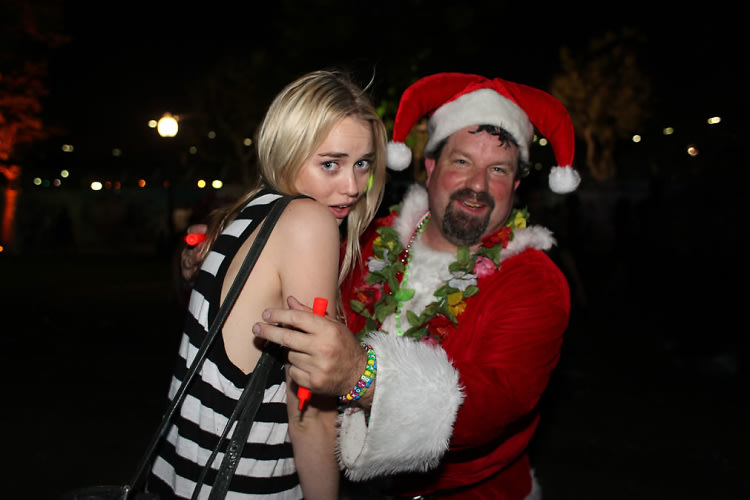 "Now, tell Santa: were you naughty or nice this year?"

Ernie totally ditched Bert over the weekend to rave, hard. Kinda shady but can you blame him? You know what a downer Bert is. He would have been such a buzzkill the whole time. 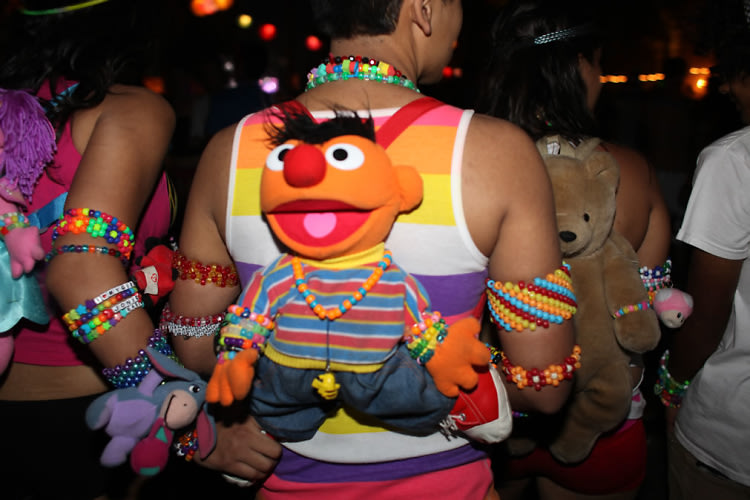 Aw, poor Yoda! He was having a really bad trip and needed a piggyback out of the show for some fresh air.  He's okay now. 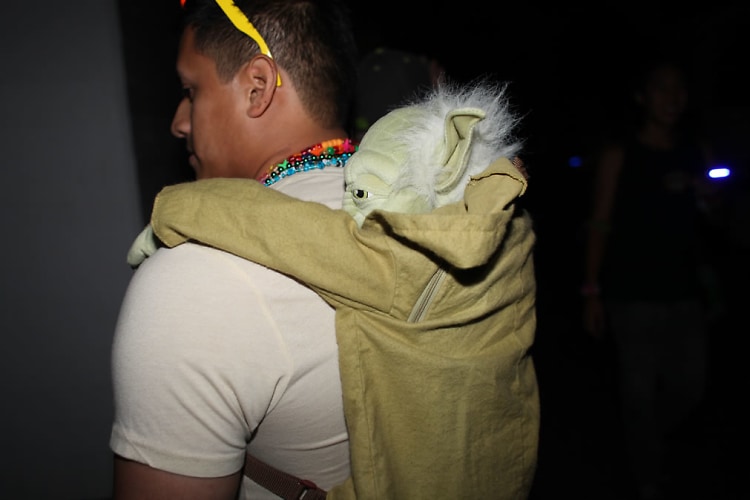 Someone decided to bring mom. It was fine until she got a little carried away and took her top off... 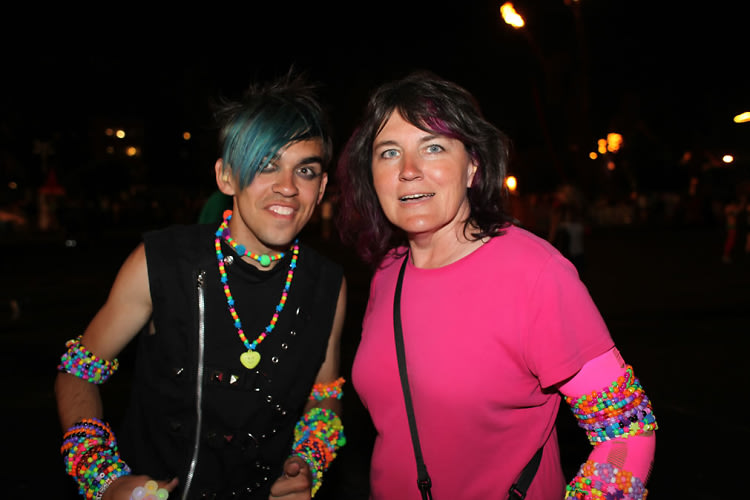 So apparently SpongeBob got lost and stayed at EDC for the whole weekend... Like, didn't go home in between Friday and Saturday night and was asking everyone for more E.  We've heard rumors he's still wandering the Coliseum. 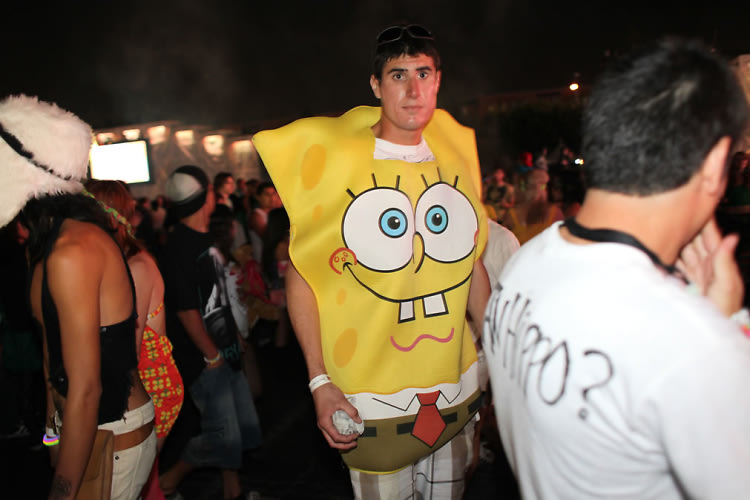 [All photos by TheCobraSnake via]