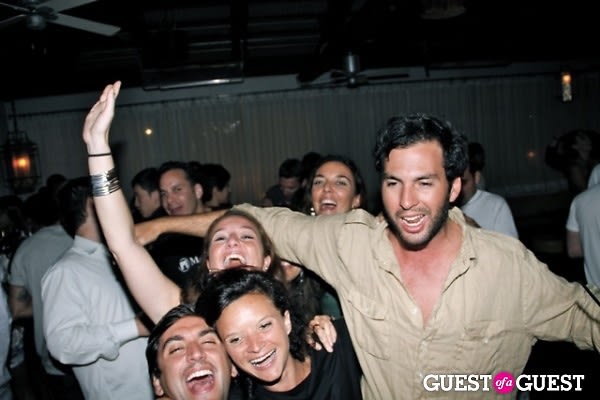 When it first debuted over a decade ago, the Mondrian's SKYBAR experienced a long run as one of the hottest destinations in L.A. nightlife. Although it doesn't quite have the same allure it did then, SKYBAR clearly has staying power, outlasting similar spots of the same generation, and even ones since then. So how has the poolside patio and cabana overlooking the city skyline stayed afloat amid an ever-changing nightlife landscape and the hundreds of new hotspots that have popped up all this time? Through it's chameleon-like ability to become whatever you want it to be. A look at how it's served as everything from platform for pop star comebacks to fashion shows attests to its rare longevity in the fickle world of L.A. nightlife. 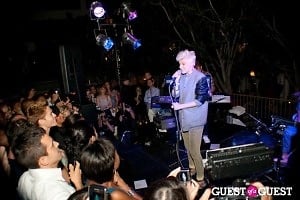 If you're bored with places down the street like Viper Room and The Roxy but want to make your band's show an experience for the audience, SKYBAR provides the perfect poolside setting for a performance.

This summer, Robyn gave her all after we hadn't seen her for a while for a comeback performance at the SVEDKA Vodka Sessions event. The show was just a precursor to her

summer concert tour with Kelis, but SKYBAR attendees that night got a special preview of Robyn's return on the stateside pop scene.

Go HERE for more photos from Robyn at SKYBAR and tag yourself and your friends!

The venue can also be the perfect setting for local bands to showcase their sound.  Just last weekend, alt-rock group Warpaint performed an intimate show across the pool for their fans. Our only caution for a SKYBAR concert would be to refrain from moshing otherwise at least one person will get dunk in the pool.

Go HERE for more photos from Warpaint at SKYBAR and tag yourself and your friends! 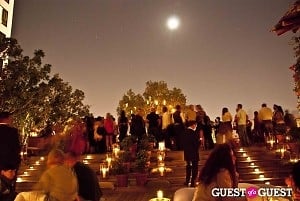 We don't really do charity galas here. In L.A., we throw outdoor cocktail parties and SKYBAR presents a pretty irresistible invitation to give back.  With awesome views, drinks and the feeling of knowing you're there for a good cause like the Cocktails for a Cause event, there's no better excuse to go out for a midweek martini, right?

Go HERE for more photos from Cocktails For A Cause and tag yourself and your friends! 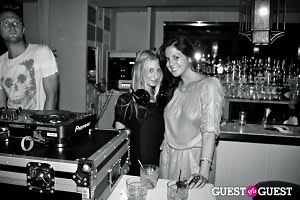 This summer, SKYBAR gave the average Joe a chance each week to live out their dreams: to be a DJ. Don't act like you don't want to be just like Samantha Ronson. They even asked us to be a part of their guest DJ sessions, and it was the ideal stepping stone to pursue a lucrative a career as masters of the turntables.

Go HERE for more photos from Guest Of A Guest's Summer Party At SKYBAR and tag yourself and your friends! 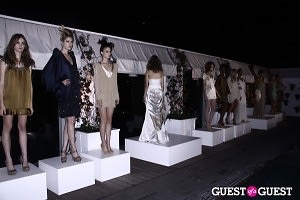 Who needs runways and tents when you can stage a fashion show at a trendy nightclub by the pool? That's Fashion Week, L.A.-style. Last week, SKYBAR played host to designer Geoffrey Mac's fashion preview party for L.A. Fashion Week.  You know it's serious event in the fashion world when the show consists of models perched atop platforms in the designer's looks next the pool. Anna Wintour and Karl would kill for a spot on the patio to this!

Go HERE for more photos from the Geoffrey Mac Preview Collection and tag yourself and your friends!