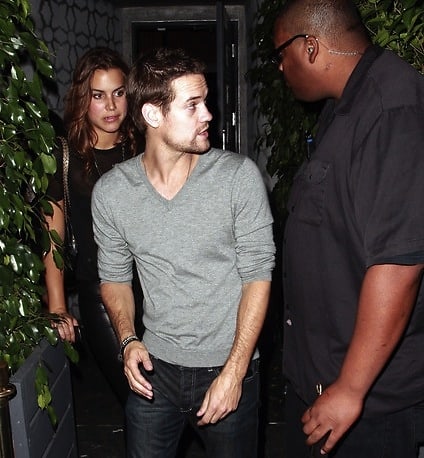 [Photo via] Portrayed as a sexual deviant's bondage dungeon by the media during the RNC scandal, the rest of us know Voyeur is just another Hollywood club with a bondage-theme featuring masked, mostly naked girls dancing suggestively in compromising situations. Despite the club not being the type of place where you need a safety word and a paddle, it does seem to attract clientele with an appetite for giving and receiving abuse.

The weekend saw yet another nasty altercation at the notorious nightspot, which has become the site of an unusual number of like high-profile incidents involving staff and celebrities in it's relatively short existence since opening last fall. Let's take a look at some highlights from Voyeur's sordid history...

When Celebs Are On The Receiving End 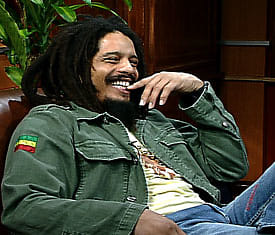 December 19, 2010—The most recent addition to Voyeur's rap sheet of misconduct took place last night in front of the West Hollywood club when Rohan Marley, one of Bob's son's, mistook someone for the valet.  The man mistaken for a valet took offense and a squabble ensued between him and Marley. An off-duty cop who apparently moonlights as security at Voyeur maced the two involved in the scuffle and then put the reggae royalty in a chokehold. Marley felt the Voyeur employee's physical intervention was excessive and intends to press charges. 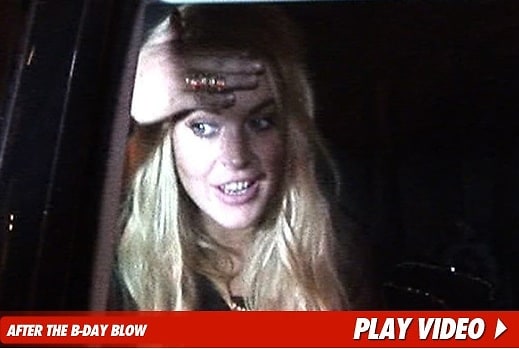 July 1, 2010—Who could forget the extra birthday surprise Lindsay Lohan was treated to on the celebration of her 24th? In case your memory needs some jogging, Hollywood's reigning princess of hot mess hit up Voyeur to celebrate her bday this summer but ended up getting special delivery courtesy of one of the club's bottle service girls. An unwitting Lohan was partying in honor of herself when Jasmine Waltz did what many have only dreamed of doing and socked the troubled starlet in the face, apparently out of jealousy. Lindsay was horrified and the waitress

When Celebs Are The Givers

October 16, 2009—Voyeur has also seen its fair share of verbally abusive exchanges. But it's understandable that Joe Francis would shout a gay slur when a doorman did the unthinkable and denied the "Girls Gone Wild" mastermind entry. I mean, who wouldnt want Prince Charming spreading is skeaze around their nightclub? 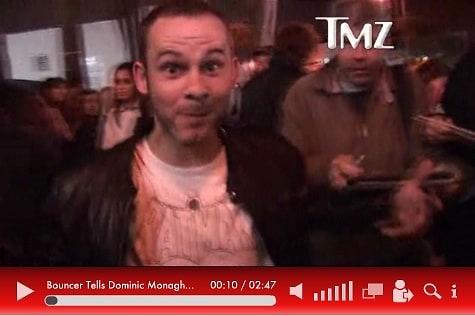 February 1, 2010—Apparently ladies don't appreciate inappropriate hand gestures being made in their direction. Not even when they're coming from a hobbit. Actor Dominic Monaghan made gestures at woman inside offensive enough to get him booted from the club, which we're guess had to be pretty bad considering A) what typically goes down at nightclubs, and B) Voyeur's standards of "appropriate." On a separate note, "chillin' like Bob Dylan" means 'I'm innocent' in Middle-earth.