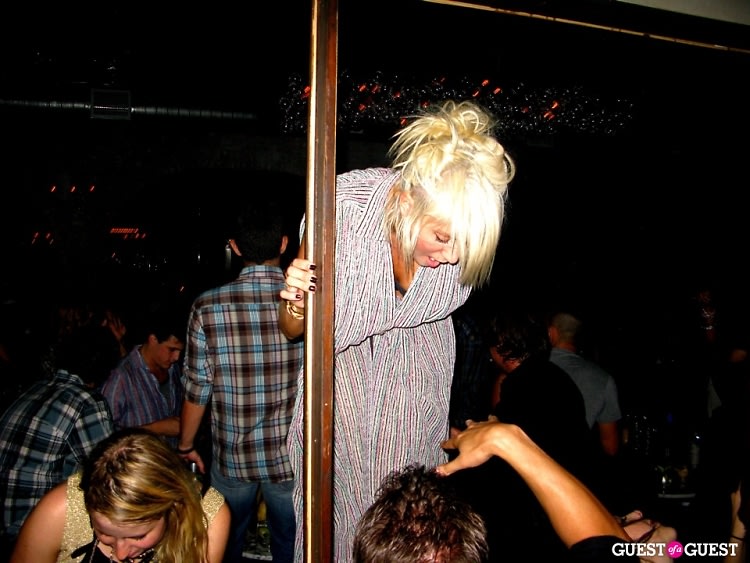 Before Brad Goreski, Taylor Jacobson was the original #2 on Team Zoe to split. So will Brad continue to follow Tay's footsteps and start dancing atop banquets at Las Palmas like his predecessor on Wednesday night? 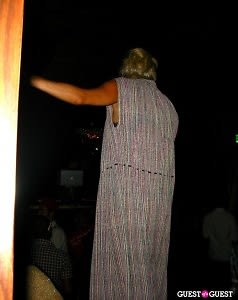 Let's hope so! But he'll look way cuter doing it, obviously. Seriously though, WTF was she wearing...? The much-maligned ex-style director for Rachel Zoe who's generally sporting a miserable scowl seemed to  be in better spirits than we've ever seen while raging at Las Palmas on Wednesday. Could she have been celebrating the morning's news of team Zoe's dissolution when the story broke that Brad was moving on "amicably" after less than a year since replacing her when she got the boot? Probably.

As for Brad, hopefully he deals with this Hollywood break up like any self-respecting trendwhore would and hits the clubs.  Brad, if you're reading this, save us a dance and Patrón shot!